RESULTS:
Out of 48 participants, there were 15 (31%) attendings, 3 (6%) fellows and 30 (63%) residents which included 11 PGY1-2, 12 PGY3-4 and 7 PGY5. By specialty, 54% were General/MIS/Bariatric, (GMB), 10% were GYN, and 36% Urology. Majority of the respondents felt that ALS was a realistic task set, however not all the tasks were felt to be equally important. Offset Camera and Confined Space tasks were the best perceived while Reverse Angle was the worst. Initial analysis of composite data did not reveal statistically significant differences between novice, intermediate and experts. However, divided by specialty, GMB experts performed significantly better than other specialties on FLS and ALS. (TABLE 1 and 2 *) 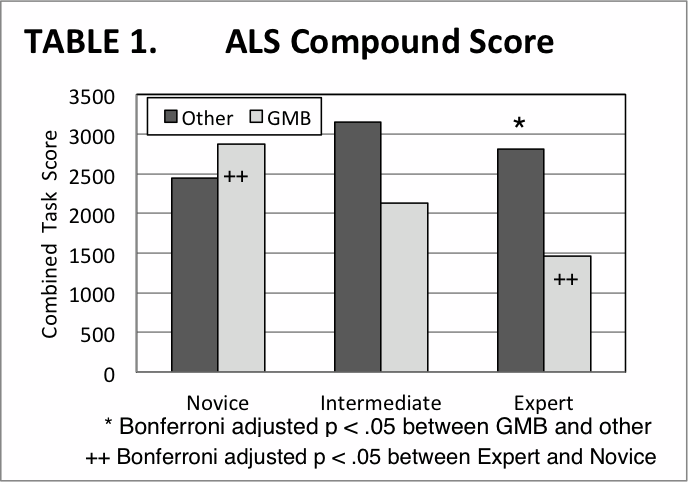 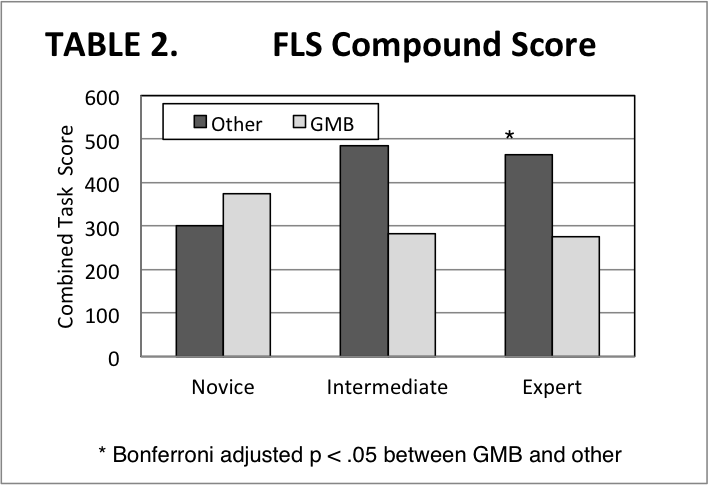