Introduction:
The prophylactic use of inferior vena cava (IVC) filters for patients undergoing elective bariatric surgery has been reported in the literature at variable rates. In 2010 a landmark study demonstrated no benefit, but rather increased complication rates from the use of prophylactic IVC filters. We sought to evaluate the use and complication rates of prophylactic IVC filters in this clinical setting through the use of a large national database. 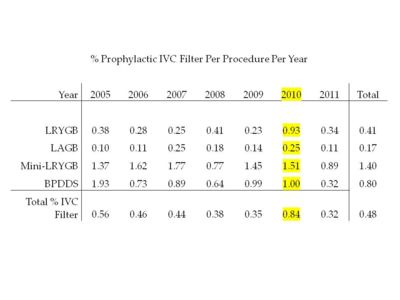