The patient is a forty five year old female who presented with two weeks of severe left chest pain which worsened over two days. This was associated with severe nausea and retching. She had a prior history of LRYGB done in Mexico four years ago, apparently with a hiatal hernia repair. She was reportedly lifting a heavy couch prior to the onset of symptoms. She was hemodynamically stable with a benign abdominal exam. CT scan revealed the remnant stomach to be in the left chest (Fig. 1). Of note she had a CT scan two years earlier for back pain where no diaphragmatic hernia was noted. A preoperative swallow study confirmed the roux limb to be in an appropriate position. She taken to the OR for laparoscopic repair of the left diaphragmatic hernia where the hiatus appeared normal and majority of the remnant stomach was incarcerated and herniated into the chest (Fig. 2). We had to convert to open due to the inability to reduce the stomach laparoscopically. The patient had a 4 x 4 cm. defect 2 cm. lateral to the hiatus with minimal adhesions (Fig. 3, 4). There was no sac suggesting a recent incarceration and the stomach was viable. The defect was closed with multiple figure of eight Ethibond sutures and a gastrostomy tube was placed in the remnant stomach after reduction. Her postoperative course was uneventful except for an asymptomatic left sided effusion which was managed nonoperatively. She was started on a diet once she had return of bowel function and she was discharged home on postoperative day five. At the time of discharge she was still experiencing some gastroparesis in the remnant and was venting the gastrostomy tube about twice a day. 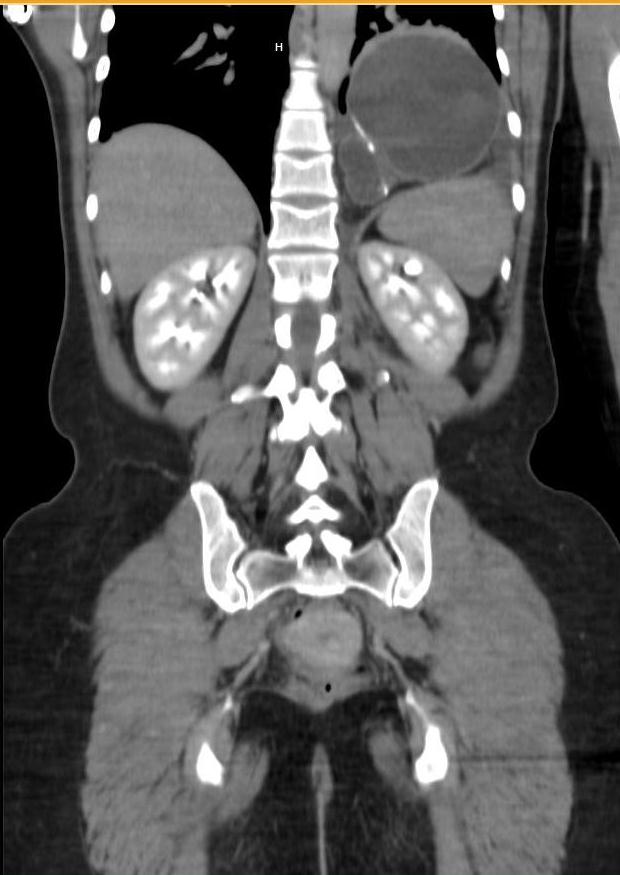 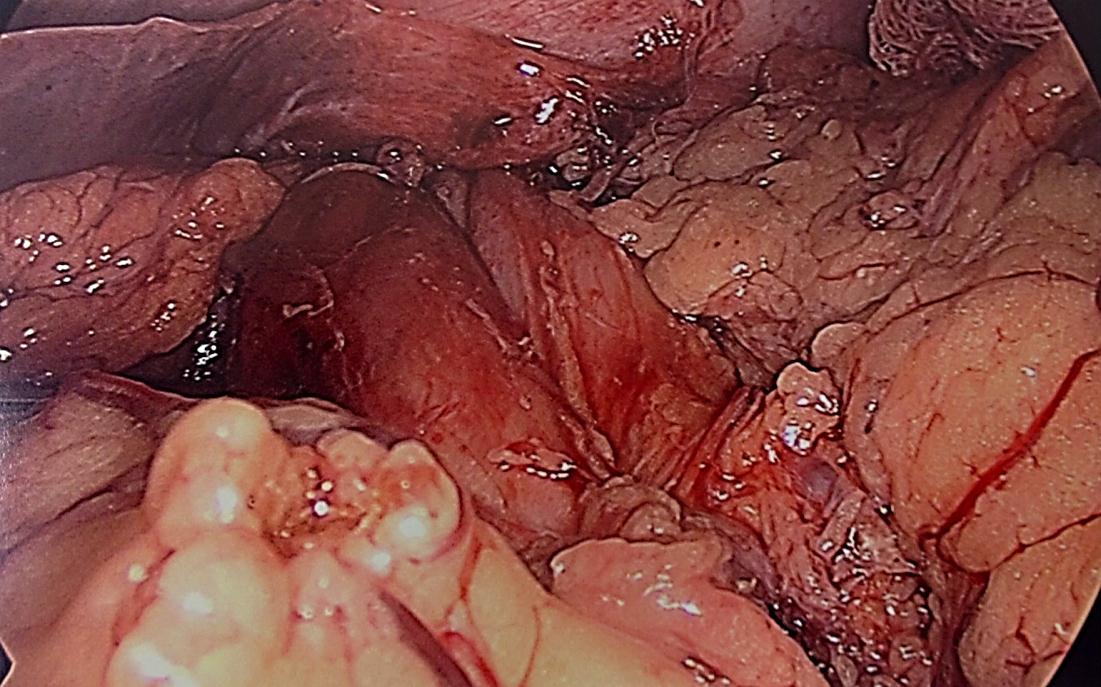 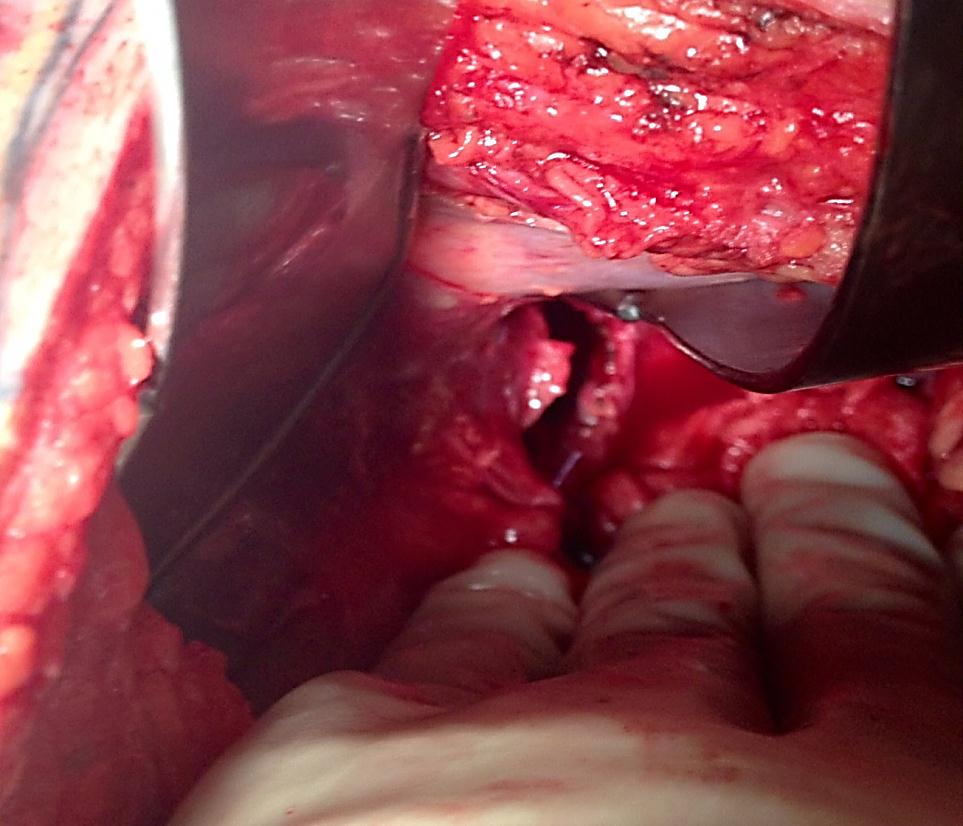 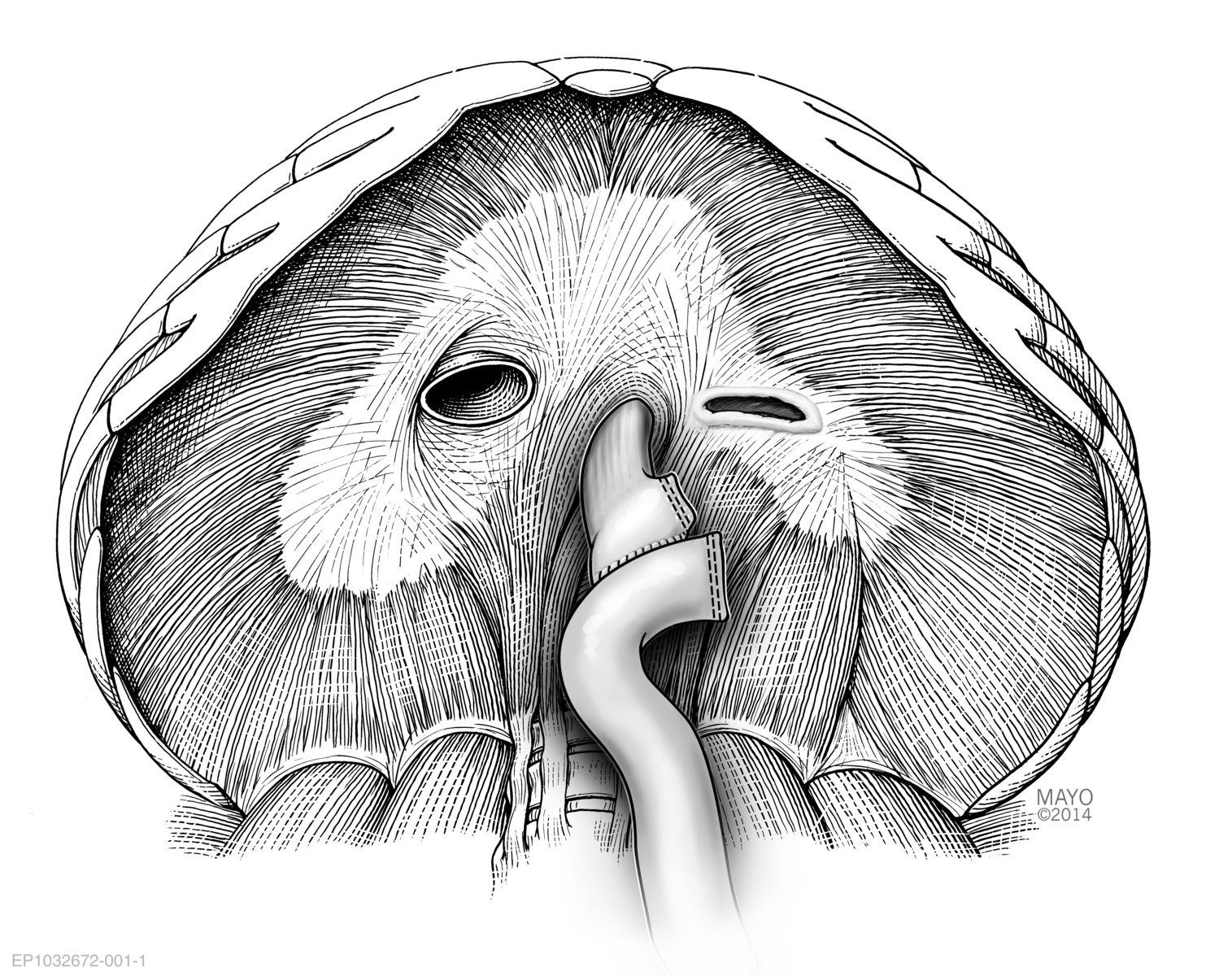