Objective of the technique: To be able to endoscopically explore large abscess cavities, to thoroughly irrigate and debride if necessary, followed by obtain adequate drainage in a minimally invasive fashion. 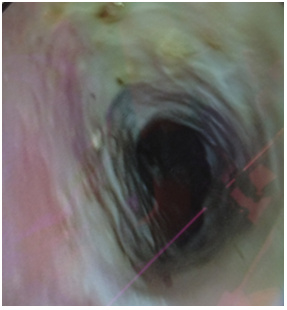 Description: this technique is applicable only in highly selected cases in which there is a large intra-abdominal abscess which is in continuity or in close relationship with the large bowel. Blow out of the rectal stump after Hartmanns procedure is probably the best example of such a situation. A 50 year old with a history of Rheumatoid arthiritis on chronic steroids was found to have free air on a routine x ray, was taken for a diagnostic laparoscopy with findings of perforated sigmoid for which he underwent a sigmoid resection and primary anastomosis which subsequently leaked requiring takeback and end transverse colostomy and rectal stump. This stump blew out a week later causing worsening sepsis and a large intra-abdominal abscess. He was taken to the OR and a flexible sigmoidoscopy was performed, a large defect in the stump was visualised and the scope was passed through this into the cavity. The cavity was thoroughly irrigated out and a 30F mushroom catheter was placed through a rigid sigmoidoscope through the defect into the cavity. The patient was later discharged.

Preliminary Results: The patient did well in the short term, he did return 3 weeks later with recurrence of the abscess, however this could have been because of inadequate positioning. In retrospect, this could have been avoided by reintroducing the flexible sigmoidoscope and dragging the mushroom catheter to the top of the cavity and also having some drainage holes all along its length.

Conclusions/Expectations: In a carefully selected patient population, this technique is feasible and less invasive obtaining adequate drainage of large cavities with good debridement trans rectally, without any new abdominal incisions. 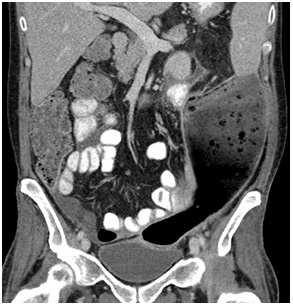 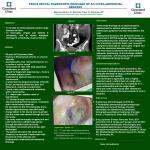