Introduction
The purpose of this study is to compare time series data between several laparoscopic cholecystectomy and NOTES (Natural Orifice Translumenal Endoscopic Surgery) transvaginal rigid scope cholecystectomy procedures. The data presented in this study will help in directing research for NOTES based procedures.

Methods and Procedures
Digital recordings of 19 rigid scope transvaginal NOTES and five laparoscopic cholecystectomy procedures were acquired for this study after removing any patient related data. The entire procedure was broken down into subtasks using task analysis, where each subtask has a specific start and end time. Subtasks appended with “normal” indicate a minimal complication subtask. Subtasks appended with “complex” indicate complications such as bleeding or excessive tissue for removal. These subtasks were timed frame by frame using a standard media player. Mann-Whitney tests with a 95% confidence level were performed to statistically differentiate non-normal sample sets. These statistical analyses were performed using Minitab. 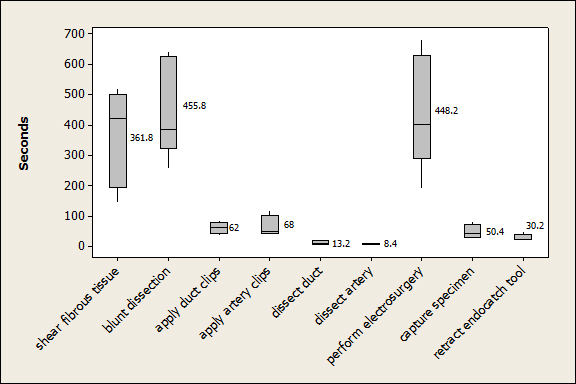 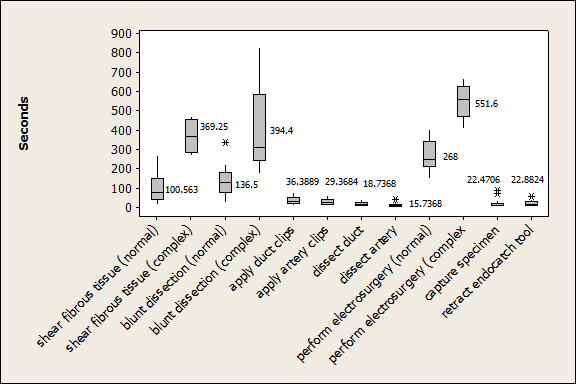 Conclusions
The preliminary data presented in this study indicates that rigid scope NOTES transvaginal cholecystectomy can be performed quicker than traditional laparoscopic surgery for some of the major sub-steps in a cholecystectomy procedure. Ultimately, this study will help propel future research in justifying quantitative data to show the benefits of a NOTES approach for laparoscopic surgery. 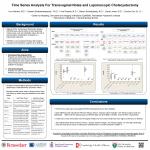