INTRODUCTION: We aimed to retrospectively review the utility of routine esophagogastroduodenoscopy (EGD) in patients undergoing laparoscopic Roux-en-y gastric bypass (LRYGB). Currently, EGD is recommended for symptomatic patients prior to LRYGB, but the use of EGD for routine screening in asymptomatic patients is debatable. The presence of gastritis, Helicobacter pylori, hiatal hernias, and other endoscopic findings can alter pre-, peri, and post-operative management of patients.

METHODS AND PROCEDURES: A retrospective review of consecutive patients undergoing LRYGB with one surgeon at our hospital from May 2014 to March 2016 was completed. All patients had preoperative EGD. Data for these participants were collected using the provincial electronic medical record system. EGD findings were compared with findings from surgical gastrojejunal resection pathology.

RESULTS: 117 consecutive patients were identified undergoing LRYGB. The average age was 46.3 years and 70.9% of the patients were female. 60 patients (51.3%) had no reported EGD findings. On EGD, one patient (0.85%) had Barrett’s esophagus, 13 (11.1%) had esophagitis, 21 (18.0%) had hiatal hernias, 26 (22.2%) had gastritis, eight (6.8%) had gastric polyps, five (4.3%) had peptic ulcers, 11 (9.4%) had active H. pylori infection, and three (2.6%) had duodenitis. All patients with esophagitis or gastritis were prescribed proton-pump inhibitors and patients with H. pylori were all prescribed appropriate treatment. No upper gastrointestinal malignancies were identified.

CONCLUSION: Routine EGD reveals at least one positive finding in approximately half of patients undergoing LRYGB. Further, more than one-third of patients with findings of gastritis, H. pylori infection or ulcers continued to have chronic gastritis during surgery. A significant proportion continued to have H. pylori infections despite treatment. Given the potentially higher risk of marginal ulcers in LRYGB patients with H. pylori and chronic gastritis, these findings emphasize a need for more aggressive treatment of gastritis, H. pylori and ulcers prior to surgery. 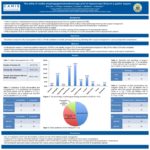