Electrosurgical derived smoke obscures the operative view and may have health implications for theatre staff. The Innervision system is a new device that clears surgical smoke from the operative field.

Description of the technology and method of its use or application

The Innervision system removes surgical smoke by electrostatic precipitation. The device can be connected to any standard electrosurgical and ultrasonic system. An Ion Wand is inserted percutaneously adjacent to the operative site and a high voltage / low current is applied. This forces electrons within the wand to bind to the nearest air molecule, turning it into an ion. Negative ions repel each other, and this drives them from the wand as a “breeze”, forming a dense electron cloud in front of the ioniser, which disperses in all directions. When this collides with particles of smoke a “static” charge is transferred, making the smoke negatively charged. This is then strongly attracted to the nearest positively charged surface which in laparoscopy is the abdominal cavity. This process clears smoke from the operative field in an efficient manner.

GLP pre-clinical study: Monopolar, bipolar and ultrasonic instruments were used to generate smoke in 6 porcine models. When comparing Innervision “on” vs “off”, there was a significant difference in the no. of times all electrosurgical tools could be used before the field was obscured by smoke. In all cases, this favoured the “on” setting. Post-mortem (28-days post-op) showed normal biochemistry, haematology and histology results.

Randomised Controlled Clinical Trial: Thirty patients undergoing laparoscopic cholecystectomy for gallstone disease were randomised into “active (Device on)” or “control (Device off)” groups (active n=13, control n=17). Three operative surgeons and 3 independent surgical reviewers scored the results using novel endpoints for visual clarity. The % effective visibility was 89.2% (83.3-95.0) for the active group and 71.2 (65.7-76.7) for the controls. The % of overall effective visibility was good to excellent in 69.23% of active cases and 5.88% of controls. Innervision also reduced the number of pauses due to smoke, the number of times pneumoperitoneum was reduced, the number of times the camera was removed for cleaning, the duration of surgery and volume (L/min) of CO2 used. Blinded surgeons correctly identified the patient group in 93% of cases.

Innervision improves operative visibility and reduces delays in surgery. Preventing active dissipation of smoke into the operating theatre when using the instrument may have significant protective implications for both surgeon and theatre staff by minimising chronic exposure to surgical smoke. Future work will be directed towards further clinical evaluation of this device. 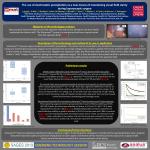