Evaluate the use of indocyanine green and fluorescence imaging to identify the liver segmental anatomy and bile leaks during laparoscopic liver resections.

Description of the technology and methods of use:

Indocyanine green has two properties that potentially make it useful in hepatobiliary surgery.  First when injected intravascularly indocyanine green is metabolized by the liver and excreted in the bile and second when illuminated with near infrared light it fluoresces.

The unique properties of indocyanine green and the ability to easily visualize it during laparoscopic surgery using the PINPOINT system have the potential to assist in hepatobiliary surgery.

Three porcine labs were performed to evaluate the ability of the system to identify the segmental anatomy of the liver and to identify bile leaks after liver resection.  Injection of the indocyanine green into the portal vein branch or hepatic artery branch of the segment planned for resection resulted in fluorescence of the isolated segments that lasted for several hours.  Similarly, injection into the “peri-tumoral” liver tissue resulted in the isolated fluorescence of the segment planned for resection.  In addition, bile leaks in the cut edge of the liver that could not be identified visually were easily identified using fluorescence.

Currently a single center pilot study is underway.  In the initial cases injection into the segmental portal veins was successfully performed and identification of bile leaks was demonstrated.

The technology is potentially useful in the identification of liver segmental anatomy; however the method of delivering the indocyanine green into the liver in the clinical setting needs to be optimized.  In future cases injection into the hepatic artery branches and the peri-tumoral tissue will be compared with injection into the portal vein branches. The ability to identify bile leaks using the technology is promising and will be objectively compared to other methods, including visual inspection and air injection. 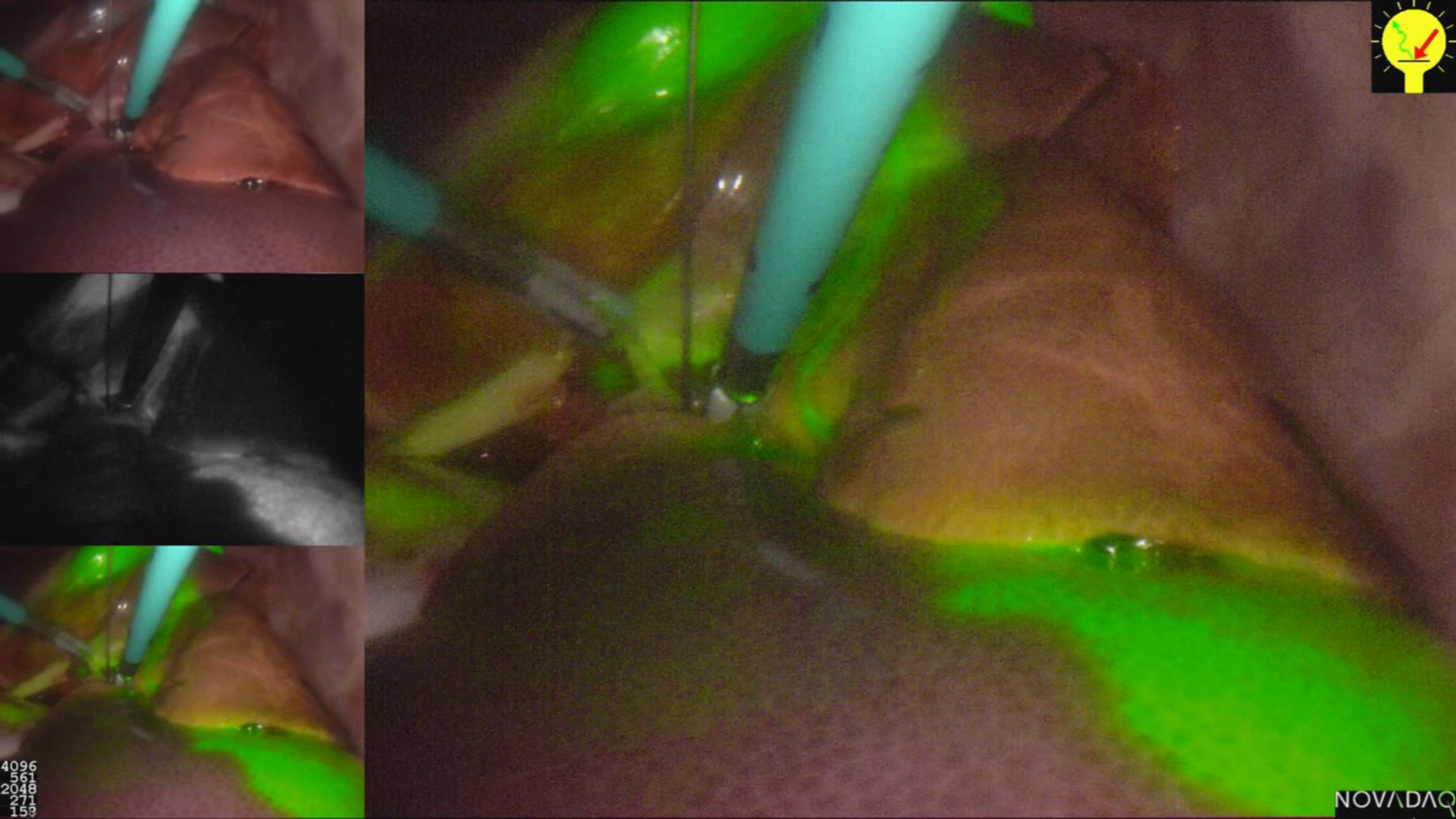