INTRODUCTION: Anastomotic oxygenation of the gastric conduit following esophagectomy is largely dependent on microcirculation which makes the gastro-esophageal anastomosis susceptible to ischemia. Ischemia is known to contribute to significant postoperative complications. In addition, many patients require hemodynamic support in the peri-operative period which may further influence microcirculation and tissue oxygenation. Optical fiber spectroscopy (OFS) has been shown to reliably assess tissue oxygenation in both human and animal models. We hypothesize that OFS can effectively measure changes in oxygenation during gastric conduit creation and during vasopressor administration in an experimental animal model.

METHODS: A gastric conduit was constructed in a swine model. OFS was used to measure tissue oxygenation (OSat) and blood volume fraction at the antrum, the serosal surface and the mucosal surface of the future anastomotic site during and after conduit creation. Next, continuous OFS measurements were obtained at the future anastomotic site while administering increasing doses of the vasopressors norepinephrine and phenylephrine. Comparisons of OFS data were made using Student’s t-test and analysis of variance (ANOVA.) 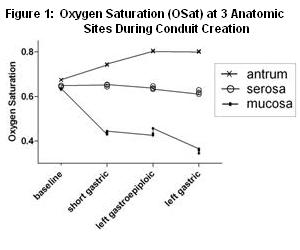 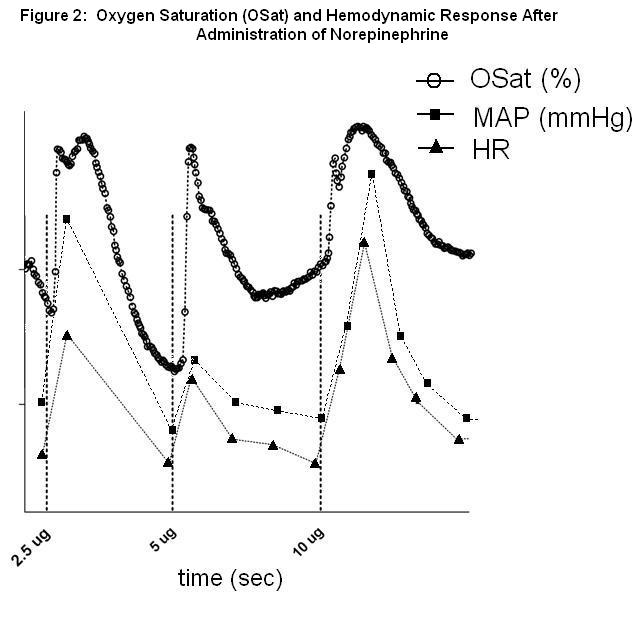 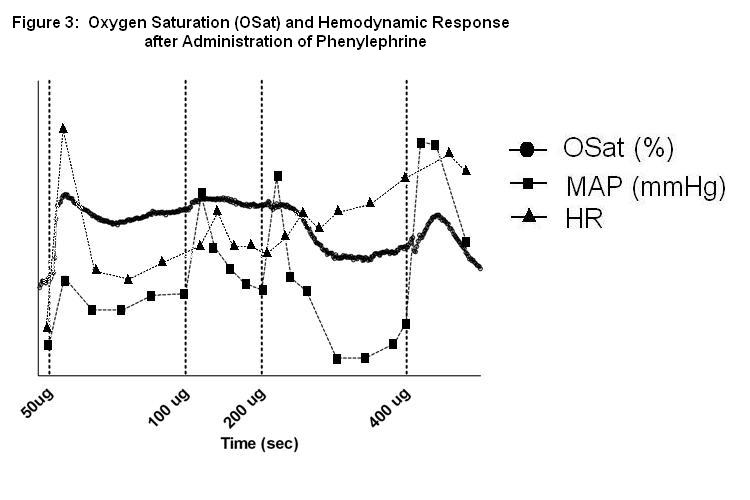