Introduction: Performing surgery through small incisions during minimally invasive surgery significantly affects the ability to feel tool–tissue interaction forces and can lead to tissue damage or poor performance. Although research has focused on ways of providing force feedback to the surgeon, previous studies have been underpowered and there is no consensus as to what the best way is to provide this feedback or which tasks benefit more from the information. The hypothesis of this work was that providing visual force feedback to surgeons performing a complex laparoscopic procedure allows them to be gentler and reduces the application of excessive forces.

Methods: Using a laparoscopic training system equipped with force sensing abilities (the SIMIS system), 30 subjects of different experience levels performed a complex procedure four times inside a laparoscopic training box, with and without visual presentation of force feedback. The procedure was composed of five tasks: palpation, cutting, manipulation, suturing and knot-tying. A repeated measures design was implemented with feedback as a within-subjects factor and experience level as a between-subjects factor. Force feedback was provided in the form of force bars overlaid on the upper corners of the video feed from the endoscope. These bars increased in length and changed in color as the forces increased (green, yellow, orange and red). Data recorded during the trials included the Cartesian forces (push–pull) and the grasping forces measured at the tool–tissue interface. The data were processed to compute the average and the maximum forces for the Cartesian and the grasping forces. Also, the ratio of high forces (greater than 8 N for the Cartesian forces and 10 N for the grasping forces) to the total task time was computed. The Statistical Package for the Social Sciences (SPSS) was used to perform the statistical analysis of the data. A generalized linear model (repeated measures) analysis of variance (ANOVA) was used to identify significant differences between the data sets.

Results: The results show that visual force feedback allowed surgeons to reduce high grasping forces applied during the manipulation task and the maximum grasping forces applied during the suturing and knot-tying tasks, Fig. 1. A statistically significant effect was not observed in any of the other tasks or measures. Furthermore, it was noted that when the typical forces for a task were well below the range of allowable forces (i.e., the force bars were green), the subjects tended to increase the amount of force applied, but as the required force for a particular task increased, visual force feedback tended to reduce the applied forces. 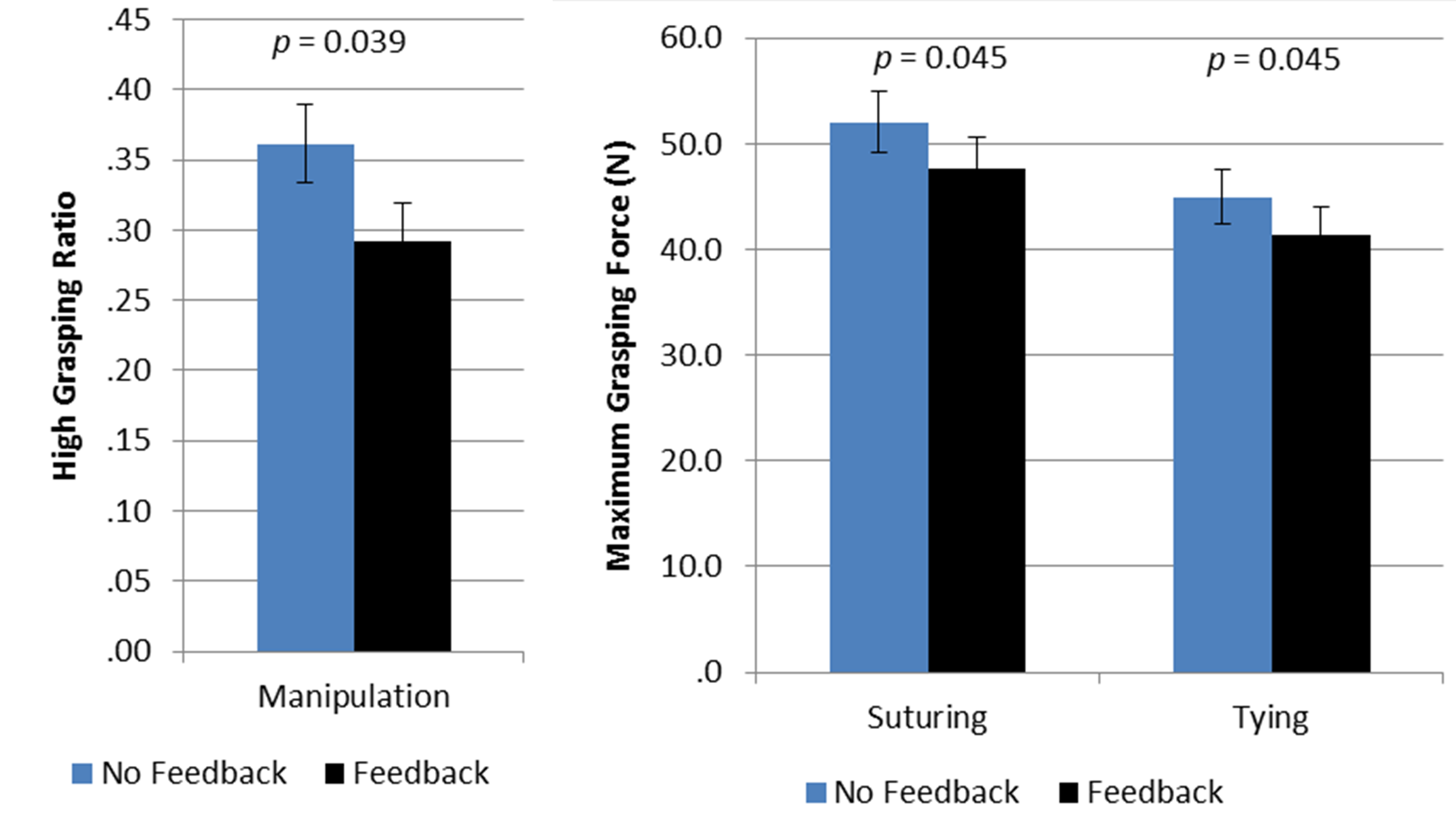 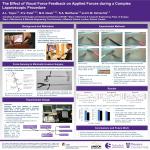