Introduction: Vasovagal arrhythmias are well documented in the general population, especially in patients with primary cardiac disorders, such as hypertensive heart disease, congestive heart failure and ischemic cardiomyopathy. The presence of arrhythmias related to gastrointestinal disorders is rare. We present the case of complete atrioventricular block that resulted in syncope secondary to swallowing after a laparoscopic vertical sleeve gastrectomy (LVSG) in a patient with no previous history of heart disease. Previously reported cases were collected and reviewed.

Report: A 51-year-old female patient underwent elective LVSG in the treatment of her morbid obesity. Her past medical history was significant for hypertension, obesity, gastroesophageal reflux disease, osteoarthritis and gout. Preoperative cardiac and pulmonary workup included a chest X ray, EKG, polysomnography and stress test that were all normal. Abdominal ultrasound, esophagogastroduodenoscopy and colonoscopy were performed and were normal. Cardiologic and pulmonary consultations granted clearance for her operation. A routine LVSG was performed successfully and no intraoperative complications were observed. On postoperative day # 1, she was started on a restricted clear liquid diet, but then developed a syncopal episode while having her first meal. She was given bedrest, IV fluids and oxygen and recovered immediately. A full cardiac work-up looking for arrhythmias and ischemic changes was performed, serum markers for cardiac ischemia were all negative, EKG tracings revealed normal sinus rhythm. She was transferred to the ICU where she developed a witnessed symptomatic atrioventricular block while having a clear liquid swallow trial; the block was reversed with atropine. Several episodes of self-limited atrioventricular blockages were observed during her hospital stay, persistently, while the patient was eating. No syncopal episodes were reported after the first one and she was discharged home stable and tolerating oral intake. No permanent pacemaker was required. Patient’s symptoms have gradually diminished without any specific treatment.

Conclusions: To our knowledge, the presence of vasovagal reflexes that translate into atrioventricular blockage after LVSG is previously undocumented. We theorize that perigastric manipulation stimulated and irritated the visceral roots of the vagus nerve, leading to hyperexcitabilty and efferent stimulation of the posterior nucleus of the vagus nerve with resultant afferent cardiac response manifested as bradycardia or atrioventricular block. Close monitoring is mandatory and future considerations for patients undergoing gastric surgery must be taken into account to prevent or detect these arrhythmias. 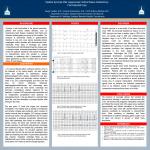