Surgical Safety in Gastric Bypass. Outcomes from 366 patients in an International Bariatric Surgery Center of Excellence in Mexico City.

INTRODUCTION: Obesity is considered an increasingly expensive problem for health services. The problem occurs as a result of the associated medical illnesses and the cost spent on his treatment. The explosive growth of bariatric surgery and the weakness of doctors to apply strict rules for the programs, has led to a large discrepancy in the results. In response to this phenomenon arises an interest in standardizing the practice of bariatric surgery to be made with the highest standards of safety. The ASMBS in 2003 formed the SRC, whose primary purpose is certified as Centers of Excellence those that demonstrate superiority. The program began in the USA and was opened in 2009 for international centers. Our center was founded in 2004 and was certified as a Center of Excellence in 2010.

METHODS AND PROCEDURES: The purpose of this study is to analyze the results of the first three years after the certification and contrasting them with those from the USA. We performed a review of the database built prospectively, including all patients who had undergone surgery between 2009-2011. Analyzing demographic characteristics, surgery characteristics, preoperative conditions, complications, and morbi-mortality as part of the outcomes evaluated by the SRC. For analysis the patients were divided in 4 groups: 1) Bariatric surgery as an initial procedure 2) Bariatric surgery after previous bariatric intervention 3) Bariatric surgery as initial procedure but had a history of gastric non-bariatric intervention 4) bariatric procedure reversed

CONCLUSION: There’s no doubt obesity and associated diseases impact the health of patients and generate a high cost to health system, so implement programs to prevent and treat obesity is a priority. Mexico is considered the 2nd obese population worldwide, unfortunately, obesity surgery is not covered within the coverage of major medical insurance, so patients should cover their own costs fees and the possible presence of complications. This directly impacts the number of procedures performed annually, which is one indicator of quality requested by the SRC. In this sense, the emergence of the BSCOE in countries like Mexico can promote the development of obesity surgery, and offer to patients, health institutions and third party payers to obtain certain results similar to global benchmarks. 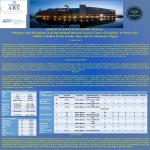