It is important to perform single incision laparoscopic appendectomy by obtaining the frontal view of the “inverted check mark and flap” from the education perspective, and this operation method will provide a leading mark in the process of abrasion in severe cases. Herein, we report the key points of this surgical method, as well as a comparison with the conventional method, based upon 54 patients. 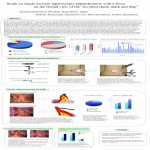