Introduction: Minimal invasive surgery in colorrectal cancer is a common practice in countries as US, this is still not true in countries as Mexico. In tertiary referral center and most of the hospitals run by the government, young surgeons have to face running minimal invasive programs under a challenging environment, having to face critical aspects that slow down the use of this approach in their daily practice. We are still struggling with resistance from surgeons who don´t believe in this approach, we have social problems as the majority of patients can´t afford the cost of the devices used and neither the hospital so we have to manage working with fewer devices that sometimes are not quite optimal, and a significant amount of patients have very large tumor and poor conditions by the time they are diagnosed. Also we don’t have many fellowship programs in advanced minimal invasive procedures, so most of the surgeon interested, have to travel around the world to learn new techniques.

Besides of these factors at the National Cancer Center we started in 2010 a minimal invasive program at the gastrointestinal tumor department. Most the cases have been done by two young surgeons (1 male, 1 female), who were backed up by the authorities of the Institutions. During this period, we have developed a learning center to perform workshops, we have had three International courses that took place at our hospital where different international professors have had participated with talks and live surgery cases showing  us their techniques, and we have had started to train oncology surgeons resdidents.

Material and Methods : we present  a prospective study that includes patients with colorrectal cancer treated with minimal invasive surgery from march 2010 to July 2013. We included patient  with colorectal cancer,  tumor size less than 8cm, no occluded, no perforated. Statistical descriptive was used for the variable analysis

Results  A total of 160 cases with colorrectal cancer treated with laparoscopic surgery were included of which 72 were rectal cancer and 88 colon cancer. All procedures were lap assisted. Conversion rate was 8%. The morbidity rate was 29% and mortality rate 2%, recurrence rate was 9%. The surgical mean time was 210min, the mean number of resected nodes was 22, all margins were negative excepted for 5 cases.

Conclusion: During a period of three years we did 160 procedures, despite the adversities in which we work. During this period of time we have been able to make a lot of positive changes in our environment, we have had started to teach advanced techniques to our residents and more cancer patients are getting the benefit of this approach. Our results have been better as we have had more number of cases, but we believe that in our enviroment learning curve is slower than in other developed countries. In spite of this our results are similar to that reported in literature. To our knowledge this is the largest serie in minimal invasive surgery and colorectal cancer in our country. 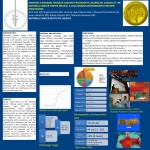