INTRODUCTION
Aim of this study was to evaluate the economic acceptability and advantages of stapled hemorrhoidopexy (SHPXY) in candidates of haemorrhoid surgery from economically backward rural areas of India. Coventional surgery in these areas was the prevailing norm, the cost of stapler in SHPXY being a ciscouraging factor. Conventional hemorrhoidal surgery keeps the patients away from their economic activity for a minimum of 3 weeks leading to loss of wages to these.

PROCEDURES AND METHODS
A prospective study, (September 2007-January 2010), on consecutive consenting candidates for haemorrhoid surgery, coming from a rural population having a single earning member in a family, working as manual labourer and earning <500 Indian Rupees (10 US Dollars) per day.

Candidates for a SHPXY were selected following a standard inclusion and exclusion protocol for fast tract day care ambulatory surgery .Failure to discharge from day care, re-intervention for haemorrhage, need for urethral catheterization and number of days to resume normal manual labour were the primary end points from surgeon’s perspective.

Patients were followed up on 3rd day, 7th day and 1 month .they were asked to communicate about defecatory difficulty, disabling pain if experienced, bleeding and any other adverse event leading to disruption of their work. Ability to return to economic important activity was the primary end point from patient’s perspective.

RESULT :
A total of 330 patients (286 male and 44 females) were operated for SHPXY under General Anaesthesia.

269 were discharged from day care without any complication
One patient needed re intervention for haemorrhage and could be discharged after 3 days.

All other patients could resumed their routine manual labour from 3rd day of surgery even those who had delayed discharge were able to resume within 3 days of them discharge, thus saving a loss of earning of 3 weeks (Approximately 200 US Dollars/ 10000 Indian Rupees). It potentially offsets the cost of stapler used.

No adverse events were reported during the clinical follow up of 3rd day,7th day and 1 month

CONCLUSION:
SHPXY is a feasible surgical option for symptomatic hemorrhoidal disease in economical weaker population offering them a prompt resumption of their earning profile leading to absence of loss of their daily life supporting wages. 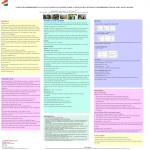