Breast lumpectomy is a common surgical procedure for benign breast lumps. Incisions made for lumpectomies vary and depend on the location of the breast lump. Circumareolar incisions are made whenever possible because of their aesthetic value. However some lumps are either too large or are away from the areola resulting in an incision over the lump. These incisions are sometimes unacceptable to the patient, especially if the scar becomes hypertrophic or keloidal. Endoscopic lumpectomy is an emerging technique which avoids a cut directly on the breast but rather approaches the lump from the axilla. The resulting scar is more aesthtically acceptable to the patient. We report a series of 6 cases of single site endoscopic lumpectomy (SSEL). The inclusion criteria comprise of histologically proven benign breast lumps which are at least 4 x 4cm in size and are away from the areola. Patients with breast lumps that are malignant or those which can be excised with a circumareolar incision are excluded. The technique employs 2 ports side by side in a single incision made over the axilla. One port is for the camera and the other is for the use of an ultrasonic dissector (Harmonics scalpel). The procedure is performed under GA. A mean operating time of 55 minutes was recorded, with minimal blood loss. Drains are not used. Pain score recorded is low and the patients are followed up in the clinic for 6 months. One patient developed track hematomall the patients expressed satisfaction with the surgery and none developed keloids. The setbacks include a relatively longer operating time compared to open lumpectomy and the procedure has a steeper learning curve due to the absence of a potential space and the tracks need to be created. However with more awareness and demand, SSEL may be the emerging choice procedure for benign breast lumps. 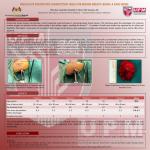