Introduction:
Thanks to technological advances, laparoscopic surgery continues to evolve . One recent advance in this field is laparoscopy performed through a single incision.In this study we present our experiences concerning cholecystectomy through a single incision.
Materials and Methods:
Between November 2009 and August 2011 we performed single incision laparoscopic cholecystectomy in 185 patients.124 of the patients were female, 61 were male.The mean age was 45 years (range:21-79 years). 18 patients presented with acute cholecystitis,others with cholelithiasis. In 7 cases an ERCP had been performed preoperatively. The procedures were realized using a SILS portTM (COVIDIEN®) , flexible and articulated instruments (COVIDIEN®) and 5 mm endoclip as the ligation device (COVIDIEN®) and electrocautery as the energy source
Results:
Average operative time was 37 minutes (20-240 minutes).An additional trocar was inserted in five cases,because of difficulty at exploration in two , for bleeding control in two and because of a choledocal cyst in one other case.An abdominal drain was used in nine cases,which had been removed the following day. No any postoperative complication had been encountered. Nonsteroid antiinflammatory agents had been used for postoperative analgesia.Mean hospital stay was 1.04 day (range:1-3 days).
Conclusion:
With its superiority of scarlessness, single port laparoscopic cholecystectomy may be admitted as an alternative method to its multiport counterpart 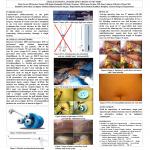