Methods: All SILS and LAP appendectomies performed by three surgeons at a single institution between November 1, 2008 and June 12, 2012 were reviewed. Statistical evaluation included descriptive analysis of demographic data including age and gender, as well as bivariate analyses of operative outcomes including operative time, conversions, complications, and length of hospital stay.

Conclusion: SILS appendectomy is a safe and feasible alternative to traditional LAP appendectomy and can be conducted with similar operative times, length of stay, and complication rates. This review will act as a forerunner for prospective studies, which are warranted to conclusively demonstrate equivalence of operative times, complications, and length of hospital stay, as well as elucidate differences in patient-centered outcomes, including post-operative pain, cosmesis, and quality of life. 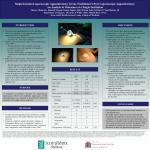