OBJECTIVES: To compare the short-term outcomes of laparoscopy versus open surgery in colorectal malignancies in patients with psychiatric comorbidity.

BACKGROUND: Many studies have associated the presence of psychiatric disorders to adverse outcomes. Although laparoscopic approach is minimally invasive, it is unclear whether laparoscopic colorectal resection is safe for patients with psychiatric comorbidity.

METHOD: A retrospective chart review of surgical patients with psychiatric comorbidity from April 2014 to April 2016 was conducted at the largest psychiatric center and middle volume hospital in Japan. Patients were divided into laparoscopy group (LG) (n=58) and open group (OG) (n=71). Pre-, intra- and post-operative data were recorded. Logistic and linear regression analysis was performed to delineate the predictors of complication and mortality. Statistical analysis was performed using SPSS programming version 23. A P value of 0.05 was used as statistically significant.

CONCLUSIONS: Laparoscopic colorectal resection in colorectal cancer is associated with decreased risk of SSI and SBO compared to open procedure. After further study of patient selection criteria, we hypothesize that laparoscopic procedure is a preferred option for colorectal cancer in the increasing population with underlying psychiatric diseases. 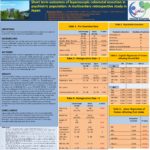