Introduction: Hemorrhaging from esophageal varices could be a significant cause of death in patients with portal hypertension. The use of endoscopic variceal ligation (EVL) demonstrated numerous benefits, including reductions in the recurrence of blood loss and the mortality rate, without reducing the effectiveness of treatment for hypersplenism. Laparoscopic splenectomy (LS) has been gradually accepted as a treatment for hypersplenism due to portal hypertension. The aim of our study was to present a minimally invasive operative approach to laparoscopic splenectomy with preoperative EVL for the management of hypersplenism and esophageal varices, compared with the traditional splenectomy with pericardial devascularization (Hassab’s procedure).

Methods and procedures: From March 2009 to June 2012, 53 patients with hypersplenism and untreated esophageal varices due to liver cirrhosis and portal hypertension were enrolled in our retrospective study. Of these patients, 20 received preoperative EVL combined with LS (Group 1), and the other 33 patients received Hassab’s procedure (Group 2). A careful analysis of the choice of either an open or laparoscopic approach was performed by the surgeon and approved by patients. The perioperative variables and long-term follow-up results were recorded. The Child-Pugh score was used to gauge the seriousness of the liver ailment in each of the individuals. The severity of esophageal varix was classified as mild or severe based on the guidelines of the AASLD (the American Association for Study Regarding Liver Diseases).

Results: Before surgery, no significant differences were found between the two groups regarding age, gender, splenic length, hematological parameters (Hgb, WBC and PLT), liver function (TBIL, AST, ALT and albumin), the Child-Pugh class or the esophageal varix grade. No significant differences were found for operating time between group 1 and group 2 (165 min vs. 172 min, p=0.572). Group 1 had significant less intra-operative blood loss (107 ml vs. 438 ml, p=0.000) and shorter postoperative hospital stay than group 2 (7.4 d vs. 9.7 d, p=0.044). Portal or splenic vein thrombosis was found in 2 patients in group 1 and 1 patient in group 2. The three patients all received low-molecular-weight heparin to prevent thrombopoiesis. The mean follow-up period was 14 months, and it ranged from 6 to 29 months. No death was documented throughout the follow-up. Generally, most of the patients in both groups showed significant improvement in the esophageal varix grade (table 1). During the follow-up, no rebleeding occurred in the patients in group 1. Three patients in group 2 had re-bleeding, and the bleeding was stopped by repeated EVL and medical treatment. A significant increase in PLT and WBC were observed during the follow-up. Liver function parameters also showed an improvement in both groups.

Conclusions: The combination treatment of EVL and LS might be a safe technique with an equivalent beneficial efficacy to Hassab’s procedure with regards to the rate of re-bleeding esophageal varices. Additionally, this procedure performed with or without repetitive EVL can proficiently reduce the recurrence rate. 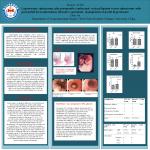