Robotic-Assisted Hernia Repair: Does Avoiding the Tack Avoid the Pain?

INTRODUCTION: The versatility of the robotic platform in general surgery has led to its use in hernia surgery. We hypothesize that the technical advantages of the robotic platform for suture fixation of mesh, compared to conventional laparoscopy with tack fixation, may translate into shorter length of stay and decreased postoperative pain in patients undergoing ventral hernia repair.

CONCLUSIONS: Robotic-assisted ventral hernia repair with mesh is safe and feasible compared to the laparoscopic approach; however, operative times may be longer particularly for larger mesh placements. Nevertheless, this may still represent the learning curve to this novel technique. Moreover, a larger sample size is necessary to fully elucidate any potential benefit to this approach. 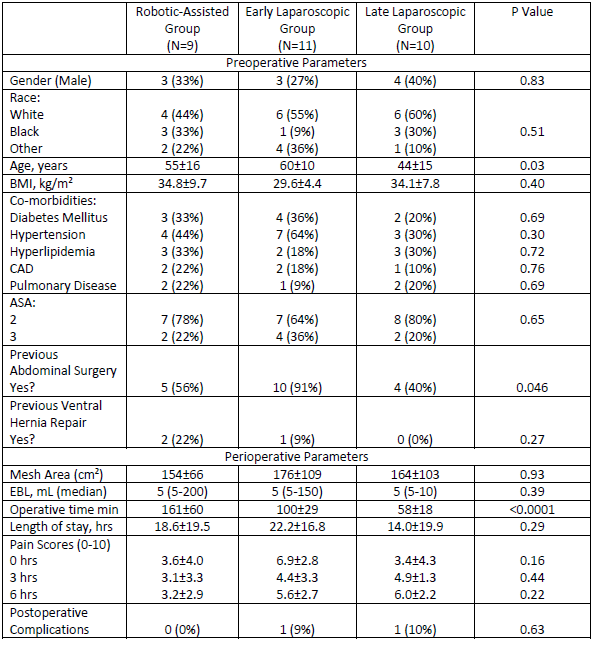 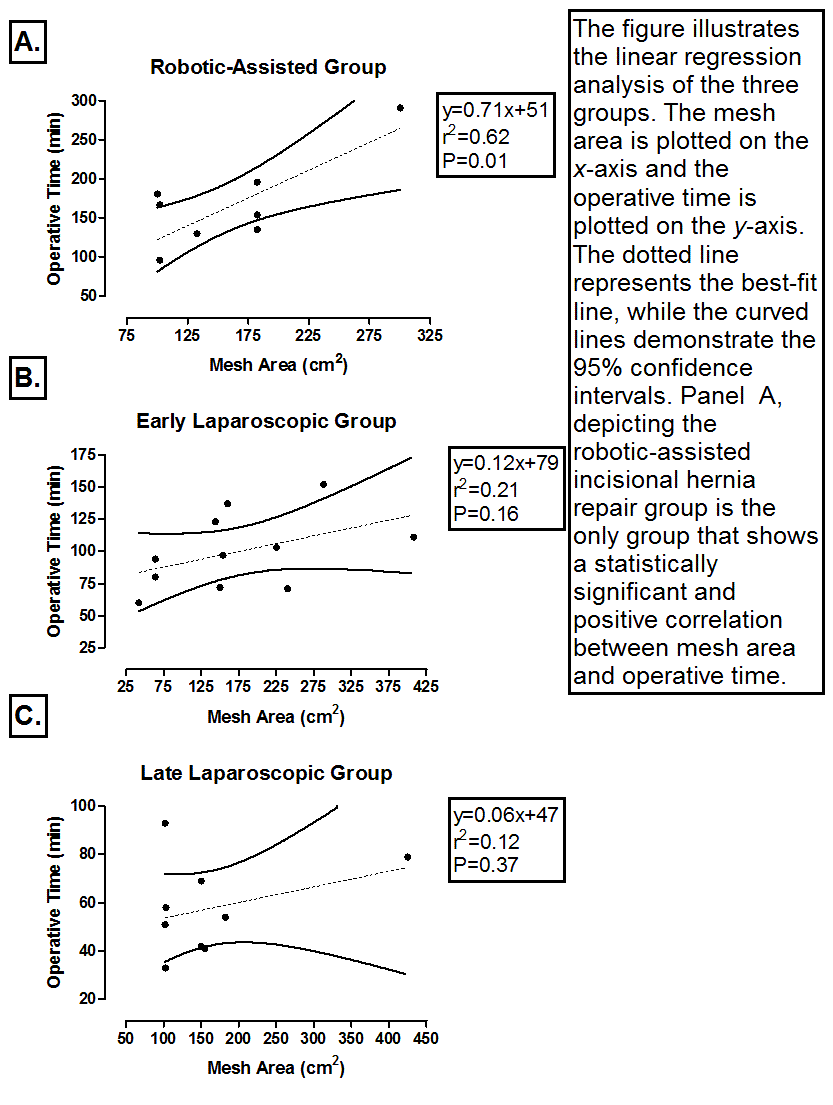