Robotic approaches may offer benefit in colorectal procedures, more controversial in other areas: a review of 166,790 cases

Laparoscopy has become the standard of care, although not adopted by all surgeons for many procedures. The use of robotic-assisted surgery (RAS) has been cited as a significant technological advancement in the area of minimally invasive surgery. While the penetrance of robotic surgery into field of urology and gynecology has been significant, general surgeons have been slower adopters, citing higher intraoperative cost and considerable learning curve compared to conventional laparoscopy. We sought to compare laparoscopy and RAS among five different general surgical procedures with various penetrance of laparoscopy. 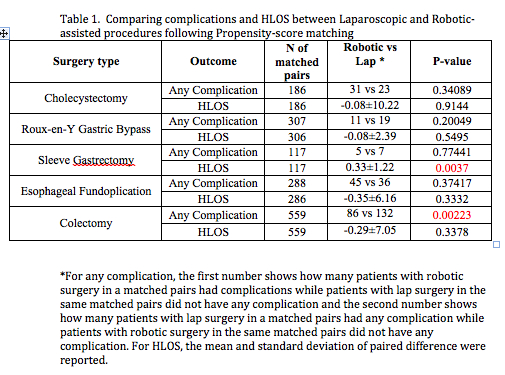