Handling of parenchymal organs is a critical issue in exposing the operative field or exerting counter traction. Restraint of size and number of access point in laparoscopic or robot-assisted surgeries prompted us to make novel “biomimetic” retracting system combined with suckers and artificial ascites that work like suction cup arranging on tentacles of the squid or arms of the octopus. Since surgeries under artificial ascites become realistic (JLAST 22: 70-75, 2012; JMIHI 3: 59-64, 2013), devices that adsorb the parenchymal organs seem attractive (Fig.1). Here, we tested the specification of three types of sucker in handling porcine liver whether it would work in the liquid circumstance in comparison with in the atmosphere.

Three types of the sucker were prepared: “standard“, “deep”, and “bellows” types. The size and of suckers measured between 10 and 19 mm in height, and between 2 and 3 mm in depth. The diameter of the suckers was set at 20 mm. The adsorbing force of 3 types of sucker was tested by lifting the porcine liver (approximately 4.5 N) to vertical direction (Fig.2) in the atmosphere and in the cistern.

In the atmosphere, the force for lifting up the liver weighed at 45 kPa (range 45 to 55 kPa). In contrast, when the porcine liver was immersed in the fluid, the forces reduced at 25 kPa (range 25 to 30 kPa), implying the suckers revealed better activity in the liquid circumstance. Among three types of suckers, “bellows” type showed advantage over the other types.

“Soft and stable” handling of parenchymal organs could be achieved using “bellows” type suckers in combination with artificial ascites. The sucking devises would be promising as a new tool for managing parenchymal organs. 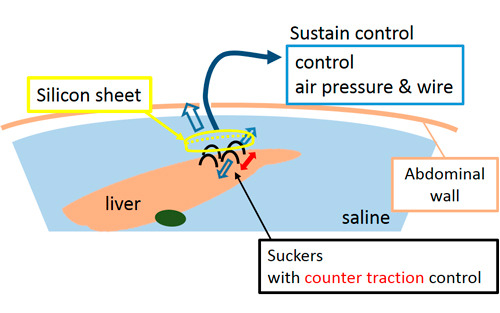 Fig.1. Scheme of the retractor system under water

Fig.2 Lifting up the porcine liver 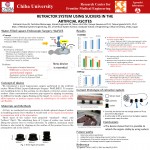