Background: Thanks to its potentially better cosmetic results and reduced pain, single port surgery (SILS) has been increasingly advocated for various abdominal procedures, among them removal of the gallbladder. Due to the intraoperative limitations of SILS and the potentially increased rate of subsequent incisional umbilical hernia, needlescopic cholecystectomy (NC) with its reduced port retains its importance. The aim of this study was to investigate the results of minilaparoscopy in terms of safety and patients’ satisfaction.
Methods: This clinical study was performed between January 2006 and December 2010 in a consecutive series of 650 patients with symptomatic gallbladder diseases (GB). All data were collected prospectively. The patients’ satisfaction and their opinion on the cosmetic result were obtained with a questionnaire (GIQLI GB). The patients were divided into 3 groups: open access (OA), laparoscopic (LC) and NC. Intraoperative cholangiography was always performed.
Results: The GIQLI GB was sent 3 months postoperatively to all patients. The study included the 305 of 650 patients who replied and completed the questionnaire. The groups comprised 61 OA, 130 LC and 84 NC patients. There were 3 cases of conversion from needlescopic to conventional LC, and 3 of conversion to open technique. There were no intraoperative complications. No drains were used and patients were discharged between the second and fourth postoperative day except for those with conversion to LC, who were discharged on the fifth day. The health insurance system does not foresee an earlier discharge. All patients with NC scored highly satisfactory; LC scores satisfactory/highly satisfactory, and open access satisfactory/ not satisfactory.
Conclusion: Reduced port needlescopic cholecystectomy has the same advantages as SILS but because the technique adheres to the basic principles of laparoscopic surgery, it is safer and easier to perform. 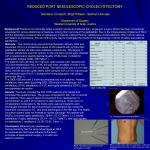