INTRODUCTION: laparoscopic appendectomy (LA) is considered to be a standard treatment for acute appendicitis due to low surgical site infection rate and early ambulation. Current studies are focusing on early discharge and "outpatient procedure" though readmission rates are high. The purpose of this study was to analyse the outcomes of LA and examine the rate of readmission 30 days after surgery.

METHODS: We conducted a retrospective cohort analysis based of all patients who had LA in our hospital. Patient's files were surveyed for demographic data and comorbidities as well as WBC, temperature and pulse rate during the index admission. We documented intraoperative findings, the usage of drain, antibiotic treatment, length of surgery and length of stay. We recorded similar data of all patients who were readmitted 30 days after surgery including radiological findings and initial treatment and usage of invasive procedure, if needed.

RESULTS: During the years 2010 to 2013, 489 patients had appendectomy due to acute appendicitis. Of them, 466 patient had LA with mean age of 26.8 years (range 6-91, median 21). Preoperative data is summarised in table 1. Uncomplicated appendicitis was found in 413/466 (90.4%) and complicated appendicitis was found in 41/466 (9.0%). White appendix was found in 3/466 (0.7%). Drain was placed in 17.5% of patients and the conversion rate was 4.3%. Twenty five patients (5.58%) were readmitted during the early postoperative period. Of them, 23/25 patients were admitted due to surgical related complications (excluding one had hip fracture and another had chest pain). Eleven patients had abscess or defined collection. All patients were treated with antibiotics and only two needed further radiologic invasive drainage.

CONCLUSION: Readmission rates after laparoscopic are low and in most cases patients can be treated conservatively. 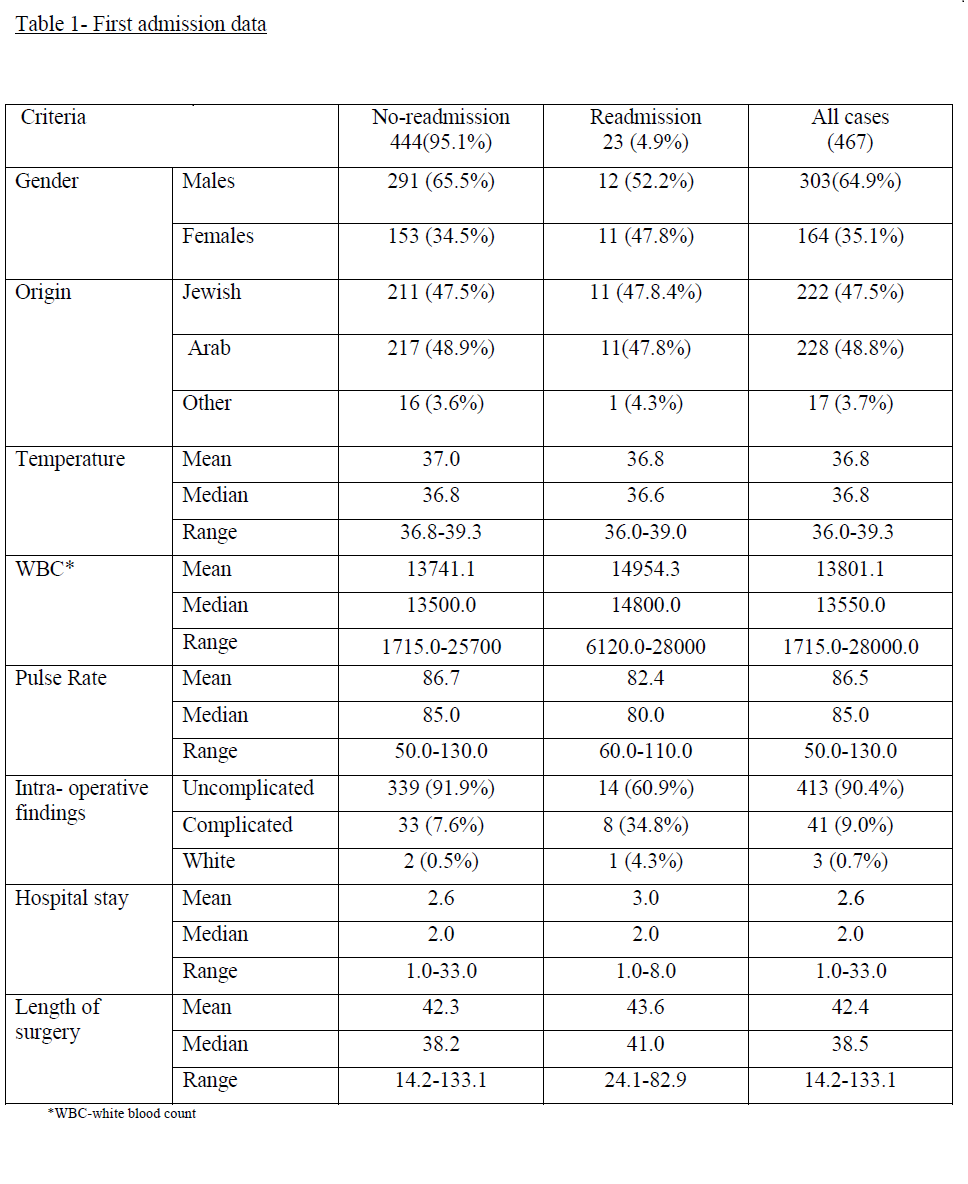