INTRODUCTION: In the rat, high liver copper in pancreatic insufficiency (PI) reduced with pancreatic extract, and, in duodenal-jejunal loops, rat pancreatic juice (PJ) inhibited 64Cu absorption compared to isotonic saline. The inhibition of 64Cu absorption with rat PJ in the rat closed loop represented normal copper absorption. The raised liver plus carcass value of the saline control was due to lack of pancreatic juice, supporting the elevation of liver copper in PI. in previous studies, in man  pancreatic supplements reduced caeruloplasmin levels and the copper excreted in bile.  The aim was to confirm the increased copper status with pancreatic insufficiency in man, and to determine the influence of pancreatic extract.

METHODS: These results from venous and urinary sampling were taken as the part of the study on absorption in chronic pancreatitis using computerised deconvolution, which provided a direct measure of copper absorption.

CONCLUSION: Because these changes were enhanced by division with time-related and 10h absorption, block in rate of tissue utilisation of 64Cu-caeruloplasmin was not proposed. Serum 64Cu-caeruplasmin was recently absorbed copper; any increase compared to controls may reflect increased absorption. Patients with chronic pancreatitis absorb more 64Cu. Those with clinical pancreatic insufficiency absorb even more copper relative to the oral dose of 64Cu applied. This was apparent even though 64Cu absorption was reduced. Previous rat studies emphasised increased liver copper retention in the presence of PI, so the implication of raised copper status in chronic pancreatitis may be attributable to reduced exocrine secretion. Pancreatic extracts on limited data appears to return 64Cu absorption to normal but enhance 64Cu-caeruloplasmin synthesis.  Pancreatic supplements thus may prevent the excess absorption of copper. The most likely factor in pancreatic juice is to be found in the proteins (such as metallothionein) when PJ is actively secreted, as the influence of Zn and alkalinity is small. 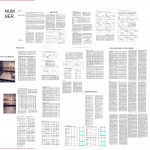