[Background]
The effect of laparoscopic surgery on metastatic cancer is unclear, and the prognostic factors for patients with metastatic colorectal cancer who have undergone primary tumor resection have not been well examined. This retrospective cohort study was designed to investigate whether the laparoscopic approach has an impact on the prognosis of patients with metastatic colorectal cancer.
[Methods]
Data from patients with incurable metastatic colorectal cancer who underwent primary tumor resection in 41 institutions from January 2006 to December 2007 were collected retrospectively. This cohort was used to investigate the impact of clinical factors (age, gender, ASA-PS, surgical approach, primary tumor location, CEA value, and number of metastatic organs) on overall survival. Patients with no residual tumor were excluded. A logrank test and the Cox proportional hazards regression model were used to analyze the factors.
[Results]
Data from 904 patients were used for analysis. Laparoscopic surgery was performed on 227 patients. Median follow-up time was 30 months, and median survival time for all patients was 24 months. From univariate analysis, ASA-PS, age, CEA value, the number of metastatic organs, and surgical approach (laparoscopic surgery) appeared to have a significant effect on survival. However, multivariate analysis showed that surgical approach was not directly correlated with survival, whereas the other factors were shown to be significant as prognostic factors.
[Conclusions]
Laparoscopic surgery was not an independent prognostic factor. ASA-PS, age, CEA value, and the number of metastatic organs were shown to be independent prognostic factors after primary tumor resection for patients with incurable metastatic colorectal cancer. 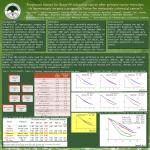