To describe a clinical case to pay attention on the importance of extracting the tumoral specimen in a plastic bag moreover the protection of the incision edges. Is the first reported case of port-site metastasis from colon cancer after a SILS approach.

A 65 years old male patient is operated in October 2012 for sigmoid adenocarcioma in clinical stage cT3N0M0. He presented an uncomplicated umbilical hernia. SILS sigmoidectomy and mechanical colorectal anastomosis was performed. The piece was removed with plastic protection of the umbilical approach but the colon was minimally broken at the extraction maneuvers. Histological study noted a pT3N0 (0/14).
In October 2013 ha saw an umbilical mass that was suspected of umbilical hernia. CT abdomen confirmed a single 3 cm tumour at the level of the umbilical incision (figure 1). No other findings in the CT scan. Elevation of CEA from 1.4 to 7.8. The suspected diagnosis of parietal metastases was performed

He was operated by radical excision of the tumor and central abdominal wall including omentum and underlying peritoneum. No findings of carcinomatosis. Posterior composite prosthetic reconstruction. Histological study confirmed metastatic adenocarcinoma. Follow up was uneventful, disease-free at 12 postoperative month (figure 2).

The single incision laparoscopic approach is gaining adepts every day. Colorectal surgery is a good indication for this type of single incision surgery, since we can avoid assistance laparotomy.

Extracting oncological specimens should be treated with special caution, especially when maneuvering can produce tumor expression or impair the integrity of the specimen. In single-incision surgery can be very useful, not only to protect the edges of the incision, but also perform the extraction in a protective plastic bag. A word of caution must be taken because the difficulty of extracting the piece in bulky tumors can be a source of further problems. 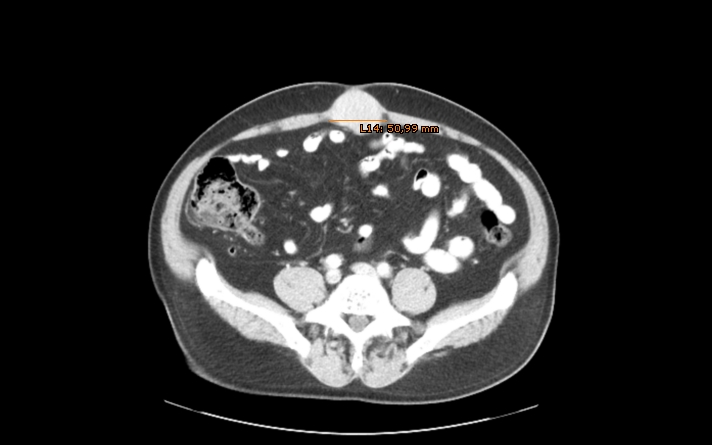 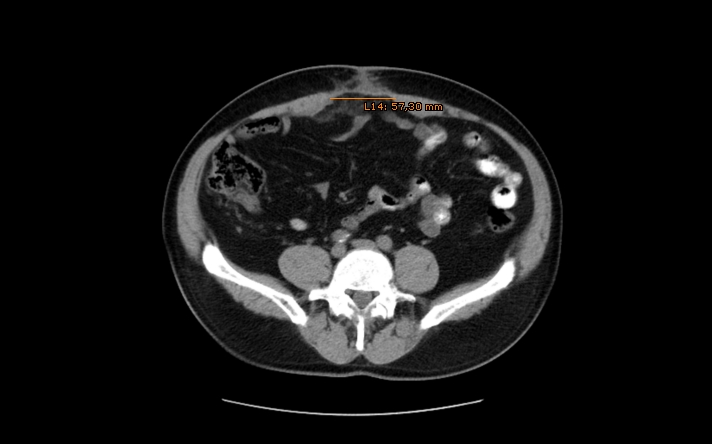