Methods: A retrospective chart review was performed on all patients that had a LTE for cancer between July 2008 and July 2012, performed by a single surgeon (JL). Data was compared to a historic cohort of patients who underwent OTE and EBE at the same institution from July 2002 to July 2008. 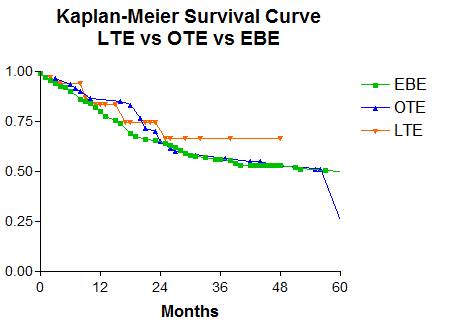