Introduction: Bariatric surgery can be an efficacious intervention for long term weight loss and improvement of associated comorbidities, but patients may require subsequent surgical intervention, sometimes emergently, for some time to come. As more patients undergoing bariatric procedures and time since their index procedure accrue, characterizing such risk will be important. Our goal was to evaluate the rate of non-elective reoperation after bariatric procedures performed at a single site over time and to better characterize that risk.

Methods and Procedures: This was a retrospective review at a single community medical center which is a Bariatric Center of Excellence and a participant in the American College of Surgeons Metabolic and Bariatric Surgery Accreditation and Quality Improvement Program. All index procedures and subsequent re-operations were identified from January, 2009 through January, 2014. Index procedures were laparoscopic Roux-en-Y gastric bypass (LGBP), sleeve gastrectomy (SG), or adjustable gastric banding (GB). All non-elective abdominal re-operations were then classified as related or not to the index bariatric procedure. To account for variability in follow-up time, data were analyzed using Kaplan-Meier Curves and Cox Proportional Hazard modeling.

Results: Of 1306 index bariatric procedures, there were 229 abdominal reoperations; 119 of these were non-elective and 86 of these were related to the index procedure. The average age at baseline bariatric surgery was 43.8 +/- 12.6 years old with 245 (19%) males. The Kaplan Meier curve demonstrating the cumulative first reoperation rate for each bariatric procedure is in Figure 1; rates by procedure and time are in Table 1. Compared to gastric banding, those who had LGBP had increased risk of non-elective re-operation (HR = 5.1; p<0.01); most of this effect was as a result of procedures deemed bariatric related. The most frequent diagnoses and re-operations by index procedure are listed in Table 2.

Conclusion: Our rates of re-operation are similar to those previously presented in the literature. Rates of urgent re-operation related to the index procedure are low but sustained over time for those who received a LGBP which may be a consideration for some patients when choosing a suitable bariatric intervention. 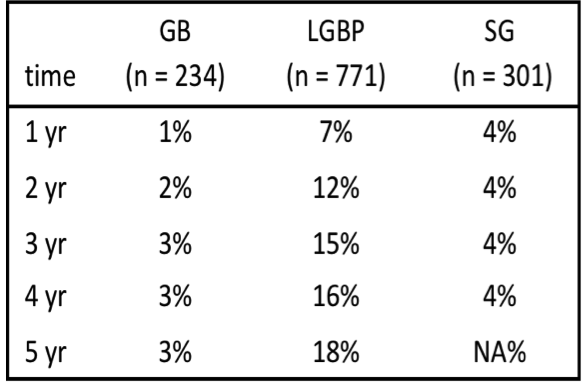 Table 2: Most frequent re-operations and diagnoses by index procedure