Methods:
There were 80 subjects, consisting of 31 surgeons, 16 scrub nurses, 18 circulators, and 15 anesthetists. All subjects were surveyed within 30 minutes of completing a daytime scheduled surgical procedure. Half of the subjects were involved in an open traditional operation (open=40), while the other half were involved in a minimally invasive procedure (endoscopic or laparoscopic, MIS=40). The widely used Simulator Sickness Questionnaires (SSQ, Kennedy et al., 1993) was administered to subjects in the operating room or the recovery area. Nausea, oculomotor problems, and disorientation were assessed with the SSQ’s 16 symptoms on a 4-point scale survey and a total SSQ score was calculated. Subjects’ demographics and procedure details were also collected. Averages ± standard deviations are reported. Mann-Whitney and chi-square tests were used to compare the two groups. Multiple regression analysis was performed to identify variables associated with motion sickness symptoms. 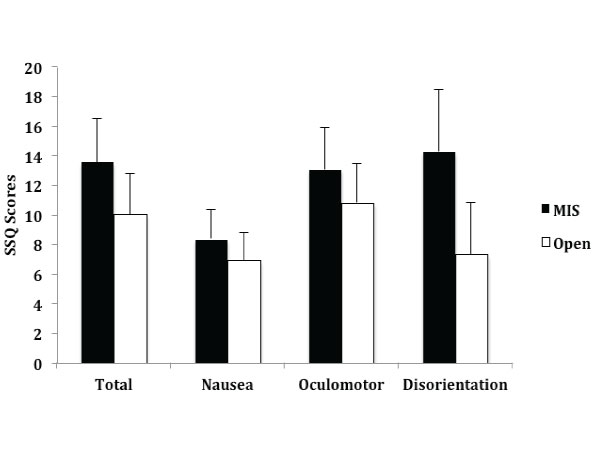 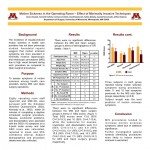