Introduction
Clostridium Difficile (C. diff) infection is a very frequent cause of morbidity and mortality secondary to antibiotic therapy. It is particularly common in the elderly and acutely ill patients. About 3% to 10% of patients progress to a toxic, severely complicated colitis. Oral therapy with Metronidazole or Vancomycin as well as Vancomycin enemas remains the mainstay of therapy. Total abdominal colectomy is preserved as a last resource in patients that fail medical therapy. Although this approach has been shown to improve survival, outcomes remain poor with associated mortality rates ranging from 35% to 80%. The emergence of an alternative surgical approach via a minimally invasive temporary loop ileostomy with inter-loop Vancomycin infusion has been shown to achieve adequate outcomes with less morbidity and mortality than the more radical total colectomy. More importantly, it allows colon preservation and precludes further morbidity. This minimally invasive procedure is fairly quick and simple under experienced hands. We present a case report of a severely septic patient who underwent successful urgent minimally invasive loop ileostomy with inter-loop Vancomycin infusion therapy as treatment for C. diff colitis.

We present a case of a 69 year-old morbidly obese woman with past medical history of peptic ulcer disease, hypertension, osteoarthritis, suicide attempt, depression and folate deficiency that underwent a left knee arthroplasty for treatment of intractable pain from osteoarthritis. She developed C.diff colitis during the immediate post-operative period. An abdominal/pelvis CT scan revealed severe colitis without perforation (Figures 1,2). Extensive pseudomembranous colitis with necrotic/ischemic mucosal patches was found on Sigmoidoscopy (Figures 3,4). Despite aggressive IV fluid hydration, bowel rest, and antibiotic therapy with oral and IV Metronidazole followed by oral and Vancomycin enemas, she progressed into a septic state with worsening leukocytosis of 33,000/uL, lethargy, confusion, metabolic acidosis, and peritonitis.

She underwent an urgent Laparoscopic loop ileostomy with intra-operative colonic lavage without complications. The intra-operative antegrade colonic lavage was performed with Polyethylene glycol. This was followed by a 10-day course of antegrade colonic instillation of Vancomycin via the ileostomy (500 mg every 8 hours). By post-operative day #3, the patient was alert, awake, and oriented with resolved abdominal pain, decreased leukocytosis, and clinically controlled diarrhea. She was tolerating diet with normal bowel movements and no evidence of leukocytosis by post-operative day #6. A control colonoscopy performed once the therapy was completed revealed almost complete resolution of the C. diff colitis (Figures 5,6). The patient was discharge to a short-term rehabilitation center on Post-operative day #11. She underwent ileostomy reversal 3 months later.

Laparoscopic loop ileostomy with intra-operative and post-operative colonic lavage is a viable and effective alternative to total abdominal colectomy in the treatment of severe, complicated C. diff colitis. We reproduced the technique recommended by the University of Pittsburg as a measure to preserve the colon and avoid morbidity and mortality associated with extensive surgery and this relentless disease. 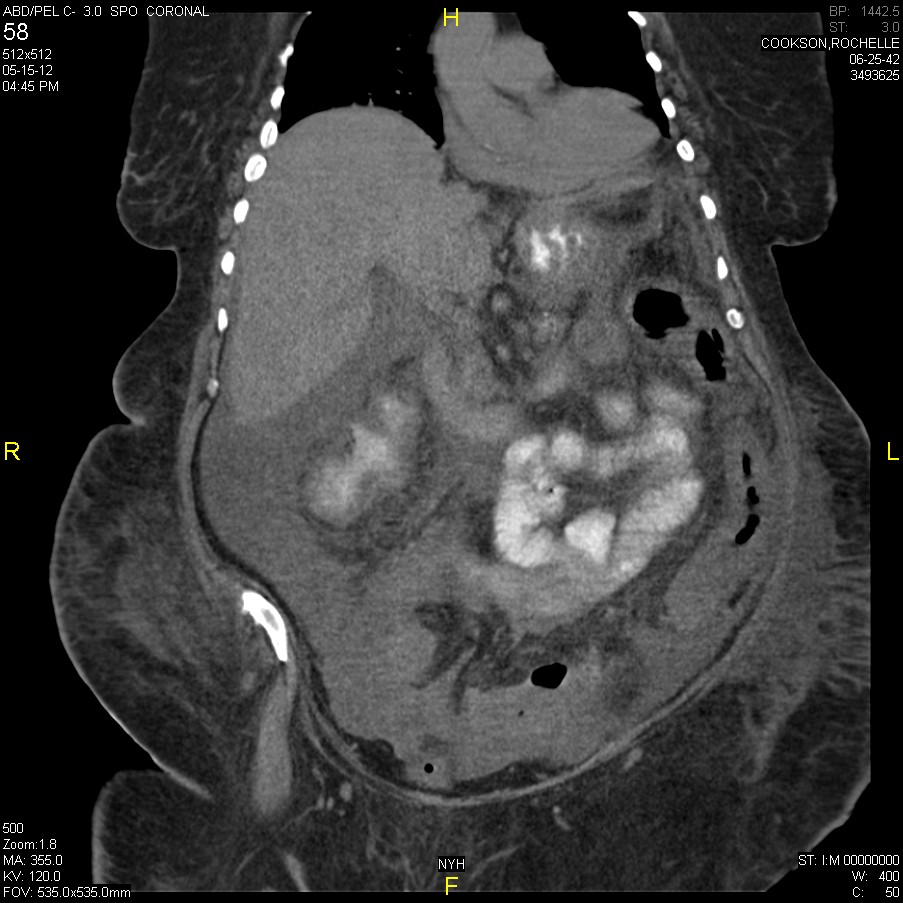 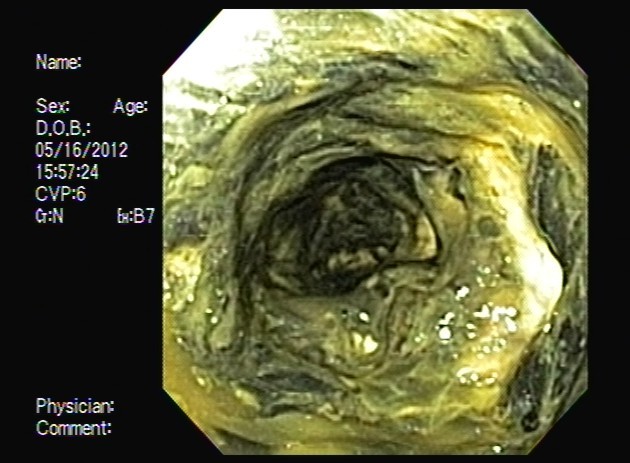 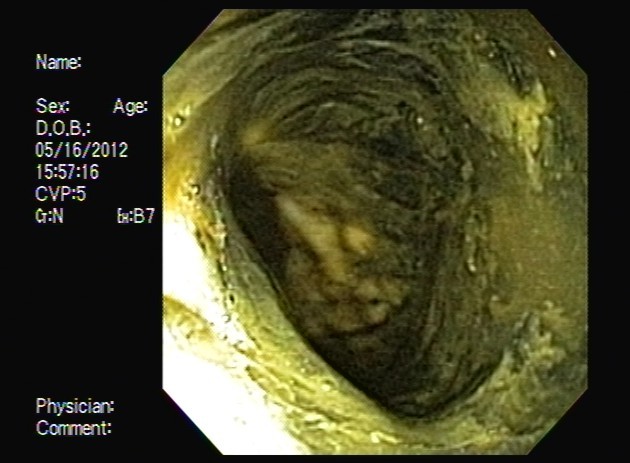 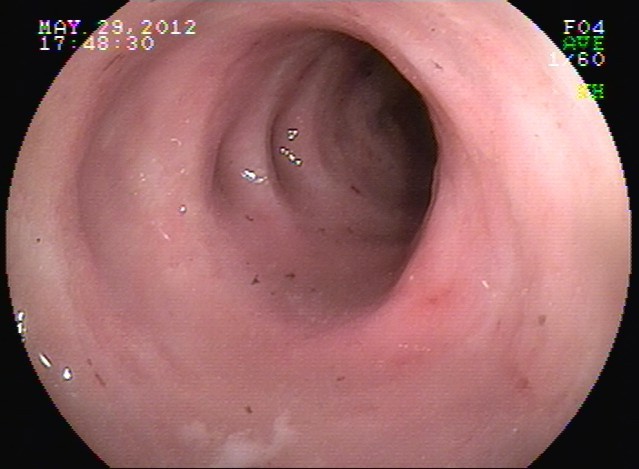 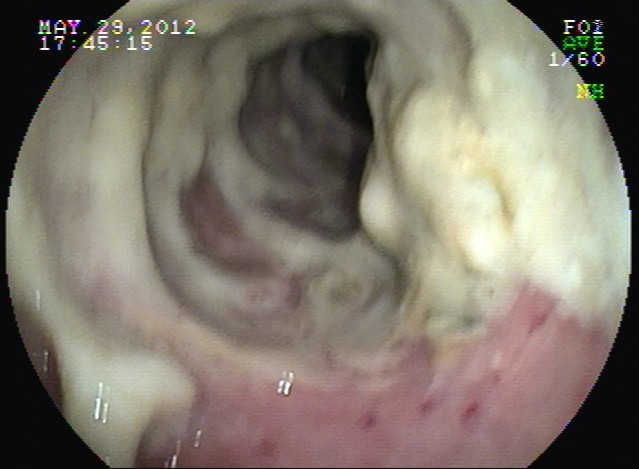 Fig6Colonoscopy control with some residual membranes 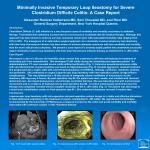