Background: With increasing number of bariatric procedures being done, the question of gastro-esophageal reflux improving or worsening is often asked. Whereas some studies have shown resolution of Gastro-esophageal reflux disease (GERD) after Laparoscopic Sleeve Gastrectomy (LSG), others are of the opinion that LSG can actually induce the occurrence of GERD. Laparoscopic mini gastric bypass (MGB) / OAGB / SADI-S/ Omega Loop is a newly emerged procedure which claims virtues of a restrictive and mal-absorptive procedure with minimal anastomoses. In the initial years, the most notorious controversy concerning the disadvantage of MGB was with suspected post-operative oesophagitis and gastritis caused by bile reflux due to bilio-enteric anastomosis. Studies have reported improvement in reflux related symptoms post-operatively after MGB, but no objective method was used to analyse reflux in these studies.

Aim: The study was designed to compare weight loss and post operative reflux parameters after MGB and LSG.

Materials and Methods: 20 patients were included in each study group. All patients, apart from the pre-operative bariatric work up, underwent pre and post-operative clinical assessment for reflux symptoms, endoscopy, oesophageal manometry and 24-hour pH-metry. Weight loss was also compared with age and BMI matched subjects from each group. All patients were followed up for at least three months.

Results: All patients underwent MGB/LSG successfully. The mean absolute weight loss recorded at three months was 29.10 and 25.20 kgs, while the percentage excess weight loss was 49.65 and 40.54 in MGB and LSG groups respectively. The mean pre-operative percentage time for pH<4, during pH metry was 3.84 and 9.43 while it was 2.84 and 3.81 at 3 months after LSG and MGB, respectively. One patient in MGB group with no GERD pre-operatively, had alkaline reflux (%time >4 with pH >7) at 12 weeks showed spontaneous resolution at 6 months, on repeat pH metry. No statistical difference was noted on comparing LES length and LES pressure pre and post-operatively within a same group, and between both the groups.

Conclusion: MGB results in significant weight loss comparable to LSG with a dramatic decrease in number of reflux events without increasing any alkaline reflux. No statistical difference was noted between the MGB & LSG in terms of reflux episodes. Short term results in this small cohort of patients favors equivalent results with MGB. 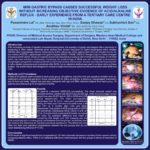