Laparoscopic Surgery and the Geriatric Population

INTRODUCTION: Recently, there has been a significant increase in age in the United States. By 2030, it is estimated that 70 million people will be >65 years old, 20% of the overall U.S. population. With these changes it is the responsibility of the medical community to better understand the physiology and surgical needs of these patients in order to optimize outcomes. The vast majority of procedures performed in adult patients are low risk operations, such as laparoscopic appendectomy and cholecystectomy. Our aim is to investigate the outcomes, including length of stay, morbidity, mortality, re-admission and discharge disposition of the elder population (>80) undergoing low risk laparoscopic operations in our community hospital.

METHODS: Retrospective chart review was done at a tertiary community hospital. The time frame utilized was 2011-2015. Patients were excluded only on the basis of their age (Age > 80) at the time of operation and the specific operation they were having (Cholecystectomy or Appendectomy).

RESULTS: There were a total of 32 patients who underwent laparoscopic appendectomy or cholecystectomy from 2011 to 2015. 23 patients (71.88%) were female and 30 (93.75%) underwent laparoscopic cholecystectomy. No patients were converted to an open procedure. The average age was 86.4 years and average ASA classification prior to surgery was 2.88. Higher ASA class, specifically those that were class III/IV were more likely to have an increased length of stay that was statistically significant. Overall age > 80 was an independent risk factor for transfer to another medical facility rather than home, a surrogate marker for physical decompensation following surgery.

CONCLUSIONS: The American College of Surgeons updated list of assessment tools published in 2016 provides a guide to assist in the care of the geriatric population, but more work should be done in the area of pre-operative assessment and planning. Routine surgery, such as the laparoscopic cholecystectomy, effects this population in a more substantial way and early recognition coupled with increased education for physicians regarding geriatric patients can help to reduce length of stay, morbidity, and overall physical and mental deconditioning. 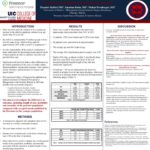