OBJECTIVE OF THE TECHNIQUE: Intussusception of the anterior rectal wall plays known to be a leading mechanism of rectal prolapse. In general, surgical management for rectal prolapse is divided into perineal and transabdominal approaches, and the former is known to be associated with a high recurrence rate. If the patient is medically fit, even in the case of very elderly patients, a transabdominal and less morbid procedure should thus be chosen. Laparoscopic suture rectopexy has advantages over either mesh or resection rectopexy, which are associated with life-threatening complications such as sepsis and severe constipation. “Sudeck” suture rectopexy was first reported in 1922. It is characterized by constructing a manchette-like peritoneal brace at the ventral side of rectum. Theoretically, this additional brace could prevent anterior wall intussusceptions of the rectum. This method was performed laparoscopically in 5 cases, with good surgical outcomes. The technique and short-term results of this operation are herein described. SURGICAL PROCEDURES: After creating pneumoperitoneum, a 10-mm, flexible laparoscope was inserted. Three more cannulas were inserted; two into the left and right iliac fossae and one was inserted suprapubically. A peritoneal incision made from the promontorium, continued downward while remaining 3-cm away from the rectal wall, and extended to the deepest part of the pouch of Douglas. This creates a peritoneal-fin along both sides of the rectum. The avascular presacral space was entered, and then the rectum was mobilized. The dissection was continued as far as the levator muscles. Special care is taken not to damage the bilateral hypogastric nerve. The lateral ligaments were not divided. The mesorectum was sutured to the presacral fascia: several absorbable sutures were placed on either side of the midline. The ventral aspect of the mobilized rectum was wrapped and sutured anteriorly wit the peritoneal-fin, thus creating a manchette-like peritoneal brace. The lateral borders of the incised peritoneum were closed, which elevated the new pouch of Douglas. RESULTS: This surgical was performed in four females and a male (mean age, 84 (range, 79-90) years). Two had previous perineal operation for rectal prolapsed, with recurrence. The mean operating time was 221 (range, 215-245) minutes. No patients experienced any postoperative complications, although one experienced ileus, which improved without a re-operation. Telephone interviews, reported that all patients were satisfied with this operation, and none of the patients have demonstrated any recurrence during mean follow-up of 12 months postoperatively. CONCLUSIONS: Laparoscopic suture rectopexy with a manchette-like peritoneal brace (laparoscopic “Sudeck” suture rectopexy) could be performed in safe manner even for very elderly patients. In addition, the peritoneal brace could prevent of anterior rectal wall intussusceptions and reduce the incidence of recurrent prolapse. 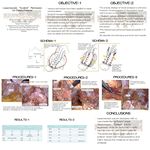