Methods: This study is a retrospective analysis of all patients receiving LSG from the procedures initial inception at Dwight D. Eisenhower Army Medical Center from September 2007-October 2008. The patients were planned for a stand-alone procedure with conversion to a Roux-en-Y gastric bypass if there was an arrest of weight loss.

Conclusion: Early analysis of outcomes related to LSG as a single-stage bariatric procedure is promising with respect to morbidity, reduction of excess body weight and co-morbidities. As long-term outcome data is collected, the efficacy of this procedure as a sole bariatric procedure will be further characterized. 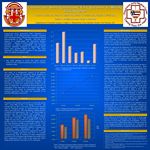