Objective
We propose a new surgical technique to safely and effectively treat symptomatic grade III-IV Hiatal Hernia and reduce post-operative incidence of dysphagia and hernia recurrence.
Type III-IV hiatal hernia repair is reported to have 10-25% recurrence rate(1)
Nissen fundoplication, as part of the treatment of GERD with hiatal hernia, is associated with post-operative persistent dysphagia in 3% to 24% of patients(2,3,4,5,6,7), a significant cause of post-operative morbidity.
Gastric fundus plays an important role in gastro-esophageal reflux disease pathophysiology; defective function of the fundus (abnormal tone or too much receptive relaxation) may be responsible for delayed emptying by prolonging the stasis of the food bolus in the fundus and preventing its propulsion by the gastric pump in the antrum(7). It is believed that the fundic distension is associated with shortening and distortion of the lower esophageal sphincter, determining his incompetence and allowing reflux.
We hypothesized that a formal sleeve fundectomy, as an esophageal lengthening procedure, would remove the portion of stomach responsible for the anatomical recurrence, would restore the normal lower esophageal sphincter anatomy and ameliorate gastric empting, preventing gastro-esophageal reflux, and would lower the incidence of dysphagia caused by the plication.

Methods
This is a prospective study with chart review conducted in a single institution by a single surgeon. All patients underwent laparoscopic or robotic assisted hiatal hernia repair and a vertical stapled sleeve fundectomy without fundoplication. In this technique, we vertically stapled and removed the gastric fundus away from the GE junction, over bougie guidance, across the greater curvature, leaving the antrum intact(fig.1). We analyzed the post-operative complications, and conducted follow-up phone interviews using three standardized instruments such as Four-Graded Heartburn Severity Scale Validation, The Global Overall Symptom (GOS) scale, Frequency scale for the symptoms of GERD [FSSG] as subjective recurrence rate.

Results
We included 17 consecutive patients, 4 males 13 females. Mean follow up was 24 months [range 6-30]. 9 patients had type IV and 8 patients had type III hiatus hernia which includes two recurrences. Mean BMI was 30 [range 21.2-39.2]. All of them had adequate pre-op work-up. The predominant symptoms were reflux and dysphagia. All the patients underwent laparoscopic reduction of the hiatal hernia sac with excision, posterior crural apposition, buttressing of the repair with absorbable mesh and sleeve fundoplasty over a 40 French bougie without fundoplication. One patient developed shingles post operatively. The outcome of the questionnaire is reflected on the table, which shows that the procedure was very effective in controlling symptoms and none of the patients had post-operative dysphagia or subjective recurrence.

Conclusions
Sleeve Fundoplasty for type III-IV Hiatal Hernia is safe and effective and could reduce the incidence of post-operative dysphagia and hernia recurrence. Further studies, including a randomized control trial, are needed to validate this surgical technique and its outcome. 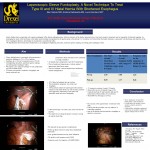