Introduction: Although organ-preserving operation for benign and borderline duodenal tumors has been regarded as reasonable strategy, laparoscopic pancreas-sparing subtotal duodenectomy(LapPSSD) was rarely reported. The aim of this study was to compare the perioperative surgical outcomes laparoscopic approach with open surgery.

Method: Between March 2010 and June 2013, 7 consecutive LapPSSD for duodenal gastrointestinal stromal tumor (GIST) were performed. The demographics and surgical outcomes of LapPSSD were compared with the dababase of 7 patients who underwent open PSSD during same period. Subtotal duodenectomy was defined as distal duodenal resection of ampulla of Vater to first portion of jejunum. All patients underwent side-to-side duodenojejunostomy after subtotal duodenectomy, and jejunal limb was placed to retrocolic pattern.

Results: One of patients underwent LapPSSD converted to laparotomy because of mesocolonic involvement by the tumor. The mean operative time was significantly longer (281.4 vs. 210.0 minutes), but lesser estimated blood loss (88.6 vs. 364.3 ml) and shorter length of postoperative hospital stay (7.4 vs. 22.6 days) were observed in LapPSSD group compared with OpenPSSD group. The tumor size was similar (3.6 vs. 4.8 cm) and tumor-free surgical resection margins were achieved in all study patients. The most frequent postoperative complication was delayed gastric emptying in both group (3 vs. 5 patients). Three patients of LapaPSSD readmitted after early discharge, and two of them underwent re-operation for obstruction of jejunal limb. There was one recurrence in OpenPSSD group among all patients at a mean follow-up of 11.9 months.

Conclusions: Laparoscopic pancreas-preserving subtotal duodenectomy is technichally feasible and attractive strategy in well-selected benign or borderline duodenal tumors. However, delayed gastric emptying is a major concern of postoperative complication, and it is needed to be study further for its cause and solution. 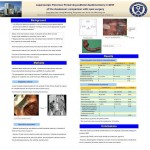