Laparoscopic pancraticoduodenectomy: An experience and review of outcomes

Background: Innovations in surgical strategies and technologies have facilitated LPD. Even so, it’s not globally acknowledged alternatively approach simply done at several centres on the globe. Our research planned to evaluate the practicality and basic safety of LPD compared with open pancraticoduodenectomy OPD.

Methods: Our retrospective study enrolled 12 patients (6 female and 6 male) who underwent LPD at a single center Between November 2010 and August 2012. The mean age was 60.5 years. All the operations were attempted laparoscopically. In the mean time, we choose another 24 patients (12 female and 12 male) who received OPD. Patient characteristics, histologic variety of the tumor, morbidity, mortality and actuarial survival rates were studied.

Results: The etiology of the patients with LPD included ampullary carcinoma (n=9), low common bile duct cancer (n=3). For 4 patients, the anastomosis was performed total laparoscopy. To the remaining 8 patients, the resection was performed laparoscopically, using the renovation done via a small midline incision. No patient had conversion. Significant shorter operation time was found in OPD group of 383 minutes compared with 530 minutes in LPD group with a p value of less than 0.001. The estimated blood loss was 280 ml in LPD group and 337 ml in OPD group without statistically difference. Four of twelve patients (33.3%) in LPD group and eleven of twenty-four patients (45.8%) in OPD group received a transfusion. One patient in LPD group received additional operation of intraoperative choledochoscopy, while two patients in OPD group taken additional procedure of right colectomy and partial hepatectomy, respectively. No difference was found in the postoperative hospital stay. Eight patients (66.7%) in LPD group and 14 patients (58.3%) in OPD group experienced postoperative complications after surgery. This comparison showed no statistical differences in incidence of complications between the two groups. Two patients in OPD group examined as low extremity deep venous thrombosis by ultrasound. They were treated by antithrombotic prophylaxis of low-weight herapin, and elastic stocking. There have been 7 cases of pancreatic fistula (four from LPD group and three from OPD group), of which had been effectively monitored and heal conservatively by leaving the drainage in place on patient’s discharge, somatostatine, antibiotherapy, and longer hospital stay. One patient experienced re-laparoscopic surgery after LPD because of postoperative bleeding 2 hours after surgery. He was managed by relaparoscopy and hemostasis and recovered soon. Three patients in OPD group had postoperative bleeding. Amongst our LPD group and at 9 (range: 3~19) months follow-up, one patient had metastatic disease and local recurrence. The other patients entered an oncologic protocol of follow-up evaluation involving periodic physical, biochemical, and radiologic investigations. They were disease free at the latest evaluation.

Conclusion: LPD could be securely accomplished by experienced laparoscopic surgeons. More substantial sequence and extended follow-up intervals are required to set up the existing outcomes. 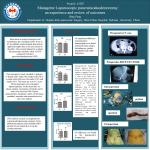