INTRODUCTION
The aim of this work is to show that laparoscopic lavage is a reliable and effective method to treat patients with complicated acute diverticulitis.

In industrialized countries, diverticulosis of the colon has a prevalence of 5% in people under 40 years, and the prevalence increases with age. An estimated 10 to 25% of these patients will develop acute diverticulitis.

In the U.S. this results in approximately 130,000 hospitalizations per year at considerable cost to the health system. Frequent clinical manifestations are fever, leukocytosis and abdominal pain typically located in the lower left quadrant of the abdomen and may be accompanied by signs of mild peritoneal irritation to a frank generalized peritonitis.

According to CT findings is classified as uncomplicated (mild to moderate) and complicated (severe), the latter with four stages according to the Hinchey classification, which traditionally allows us to make therapeutic decisions. Although the absolute prevalence of perforated diverticulitis complicated by generalized peritonitis is low, its importance lies in its significant postoperative mortality.
Until now the treatment of choice has been a topic of debate. In recent decades, the "gold standard" has changed several times. Primary resection has become a common practice, but the fear of anastomotic leakage often deters many surgeons performing primary anastomosis. Therefore, for many surgeons, Hartmann procedure has remained the favored choice for these patients. Recently, laparoscopic lavage and drainage without resection has been used successfully for patients with generalized peritonitis caused by perforated diverticulitis. Currently the treatment of choice for grade Hinchey II is the percutaneous drainage. However, in our country there is not always staff trained to perform interventional radiology procedures in order to darin an abdomina abscess. Therefore we offer laparoscopic lavage in these circumstances. This approach has shown a decrease in-hospital stay, lower costs, morbidity and mortality.

We present 8 cases of patients with clinical and tomographic diagnosis of complicated acute diverticulitis, with Hinchey II – III grades, which showed poor response to antibiotic treatment and were managed by laparoscopic lavage and drainage.Results

The 8 patients underwent a laparoscopic approach with a conversion rate of 0%. Mean operative time was 93 minutes. Three laparoscopic ports were placed in all cases, lavage was performed with 4 liters of saline solution on average and placed a Blake drain in all cases. Diet was initiated on the third post surgical day. Disappearance of symptoms occurred at 24hrs. We obtained an average post-operative hospital stay of 4 days.

The drainage retirement was performed at 7 days. We conducted a follow up of 6 months to a year and there were no complications or need for surgical reoperation. 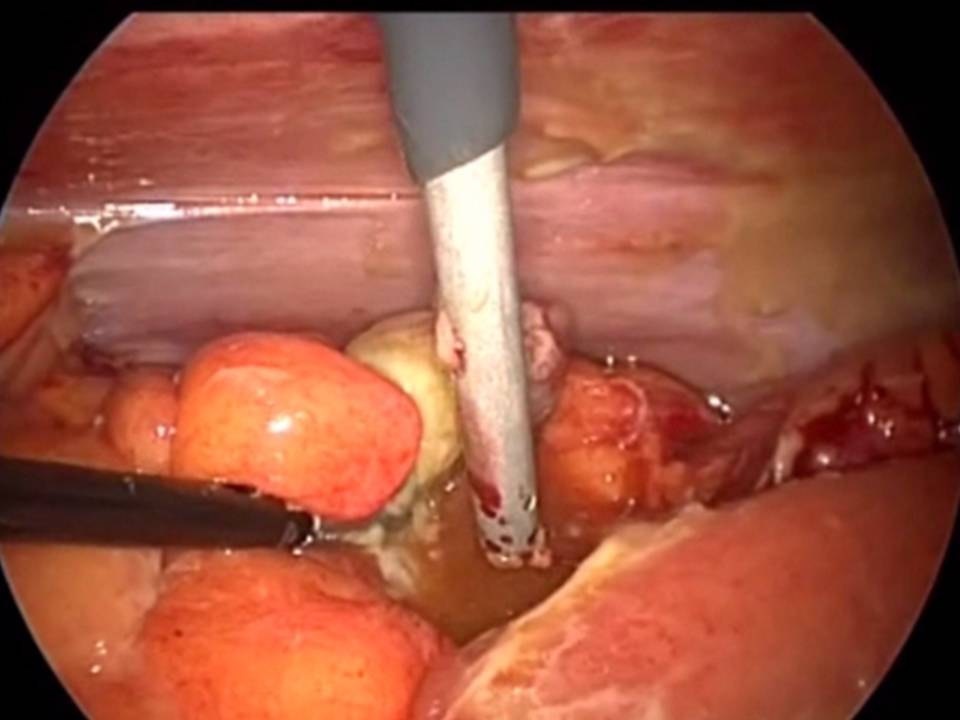 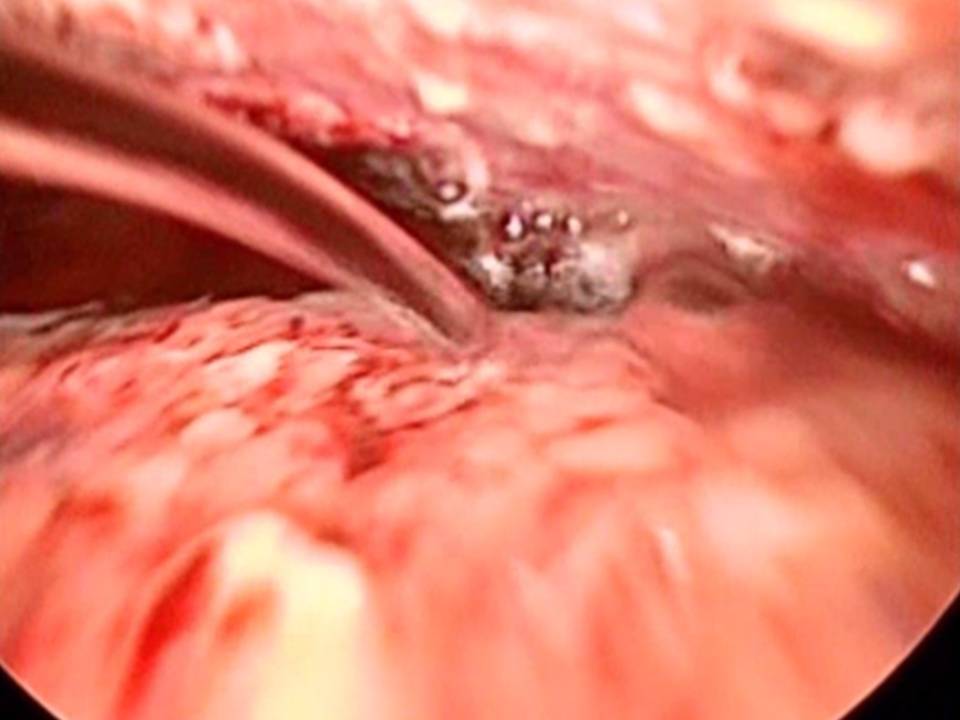 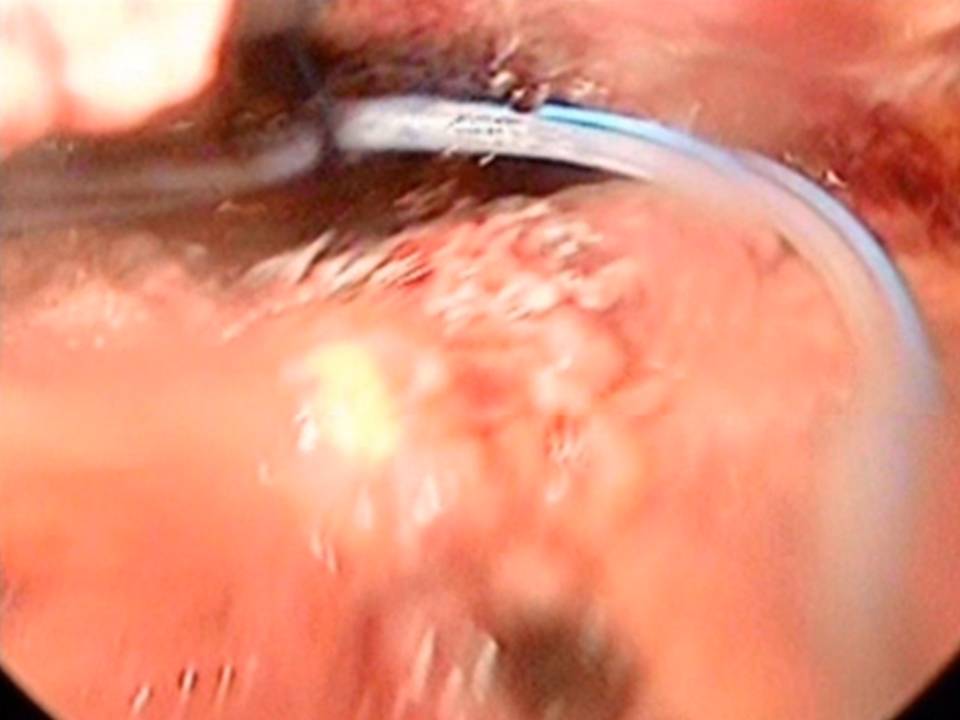 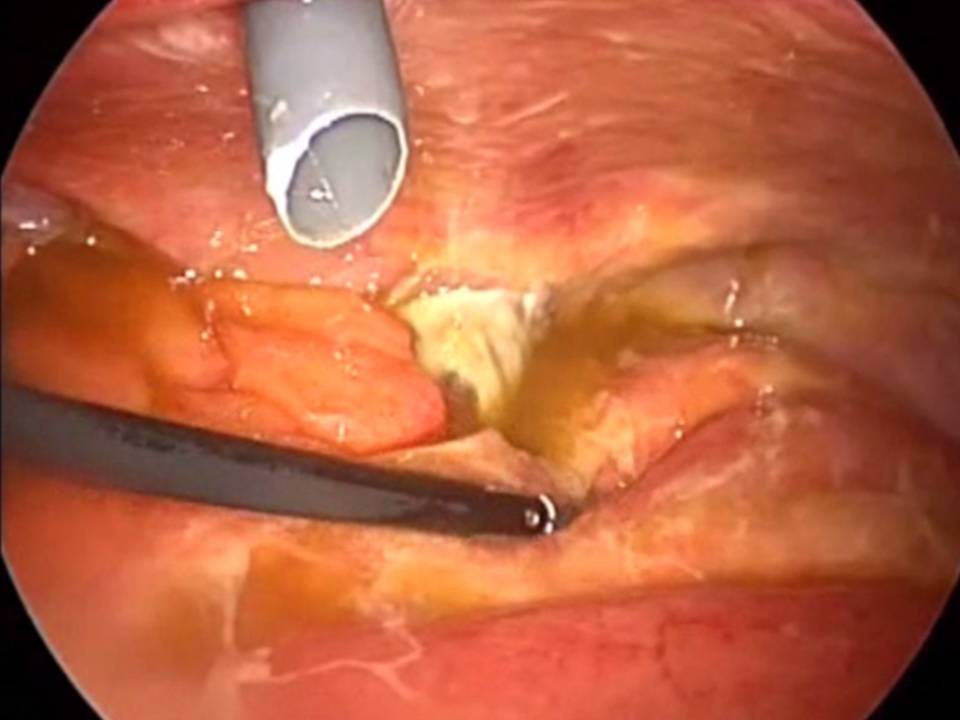