Discussion:
Previous reports of laparoscopic gastric diverticulectomy have focused on lateral approaches, requiring short gastric vessel ligation. We, however, proceeded with a medial approach, through the lesser sac along the lesser gastric curve. More than 75% of gastric diverticuli are located along the posterior aspect of the stomach. Our approach allows for excellent access and visualization to perform diverticulectomy for these posteriorly located lesions. Additionally, we avoid traction injury to the short gastric vessels and the spleen through the medial approach, decreasing risk of hemorrhage or conversion to open. Further, most reported cases utilized intraoperative endoscopy to aid visualization laparoscopically. We found this unnecessary with the medial approach.

Conclusion:
Gastric diverticuli are rare lesions that, when symptomatic, may be safely and successfully resected using a novel laparoscopic approach through the lesser sac. 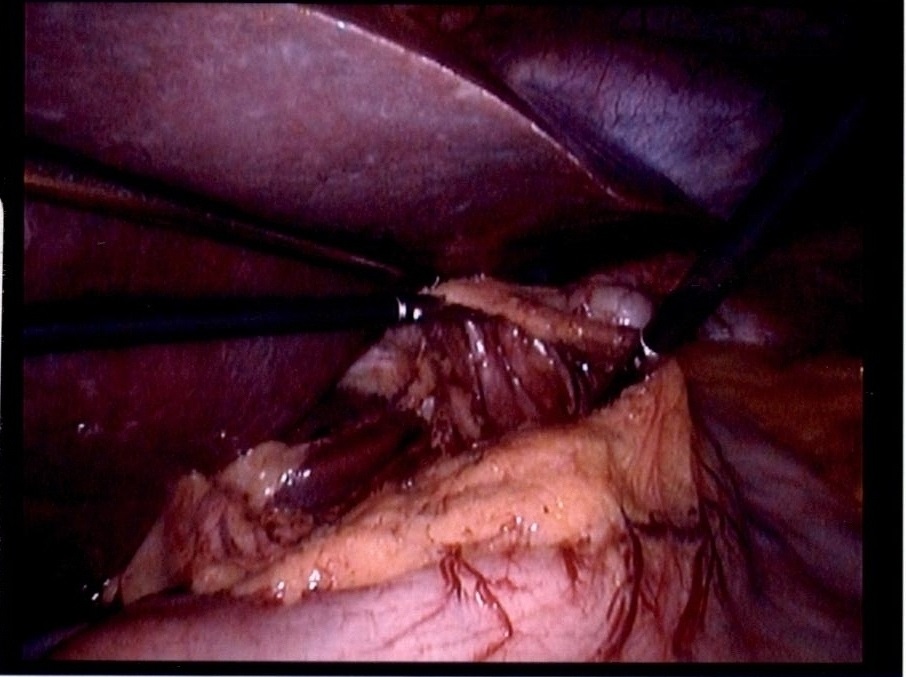 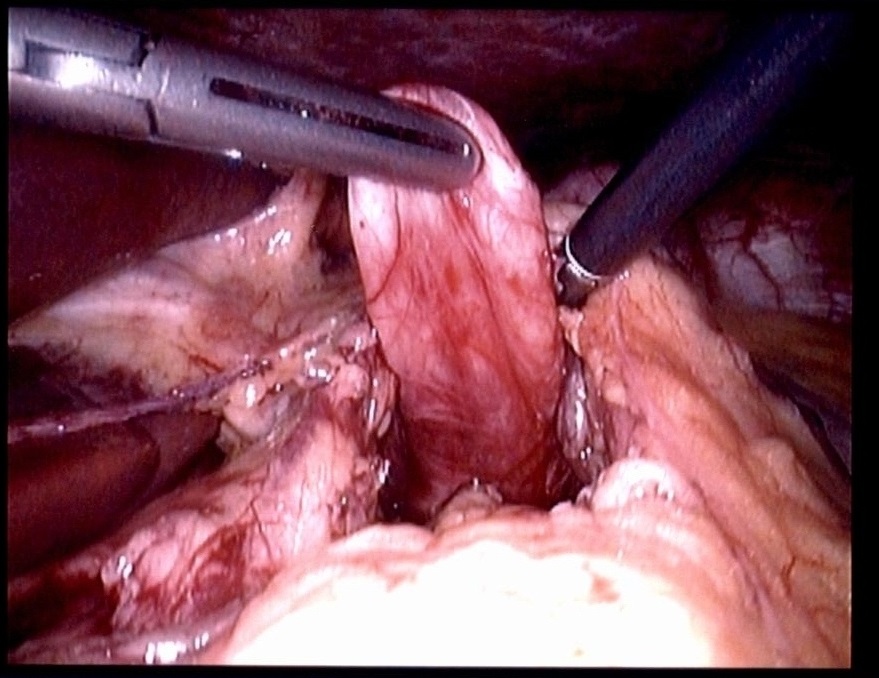 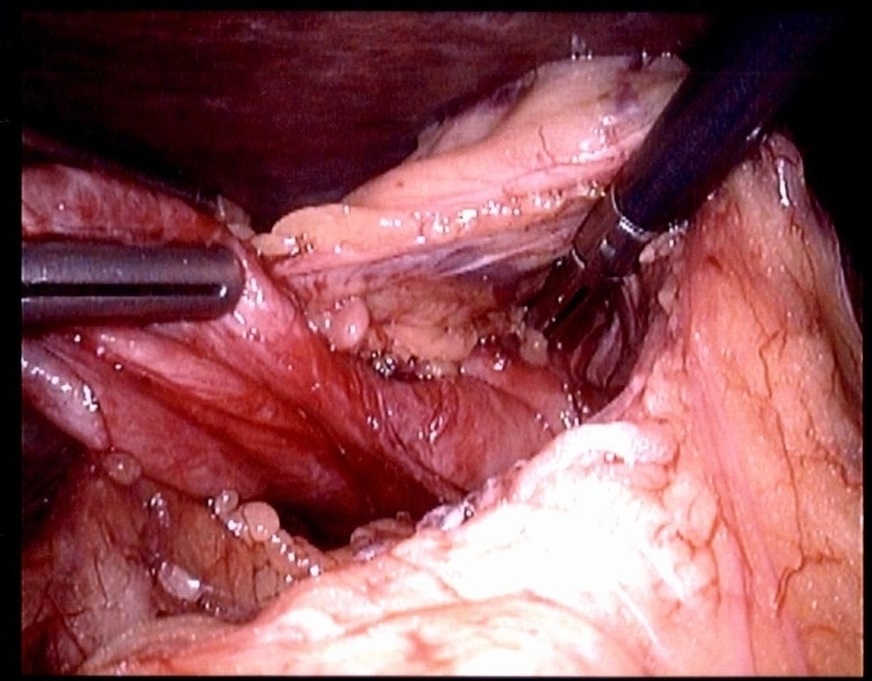 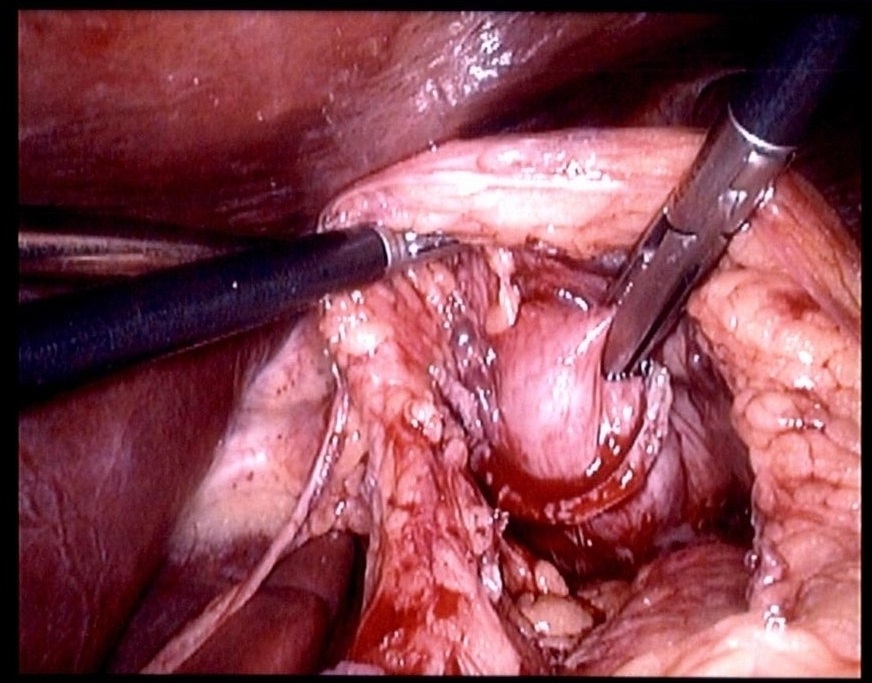 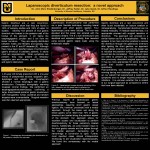