Laparoscopic cholecystectomy in acute cholecystitis , It is often possible.

Objective: The safety and feasibility for laparoscopic procedure in acute cholecystitis and the optimal timing; if any, was dealt with in the present study.

Patients and methods: 150 patients were presented with acute cholecystitis to our institute from the period of Jan 2010 to April 2012. The diagnosis of acute cholecystitis was based on clinical, ultrasonographic and post operative histopathological findings. Early cholecystectomy was adapted to all patents disregard the time from onset of symptoms and patients were divided into 2 groups, Group1: early cholecystectomy within the first 72 hours of disease onset and include 100 patients. Group 2: 50 patients were laparoscopic cholecystectomy done after 4 days of the acute onset. postoperative hospital stay was comparable in both groups(4daysin group1,6days in group2).

Results: there were no mortality, minimal morbidity the conversion rate in the early group was 5%, while in the second group was 15%. The mean operative time 100 min.

Conclusion: laparoscopic cholecystectomy is an acceptable and safe procedure in acute cholecystitis and could be applied as soon as the diagnosis is established providing that the surgeon had the accepted expertise. 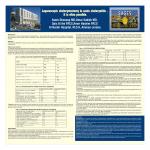