Introduction: Laparoscopic adjustable gastric banding (LAGB) is considered by many to be a safer and equally effective option compared to laparoscopic Roux-en-Y gastric bypass (LRYGB). Consequently, LAGB quickly became the second most common weight loss operation performed in the United States. Scrutiny of long-term outcomes after LAGB has revealed significant complication and failure rates. We hypothesized that LAGB has higher rates of reoperation, weight loss failure, and overall failure compared to LRYGB at long-term follow-up. 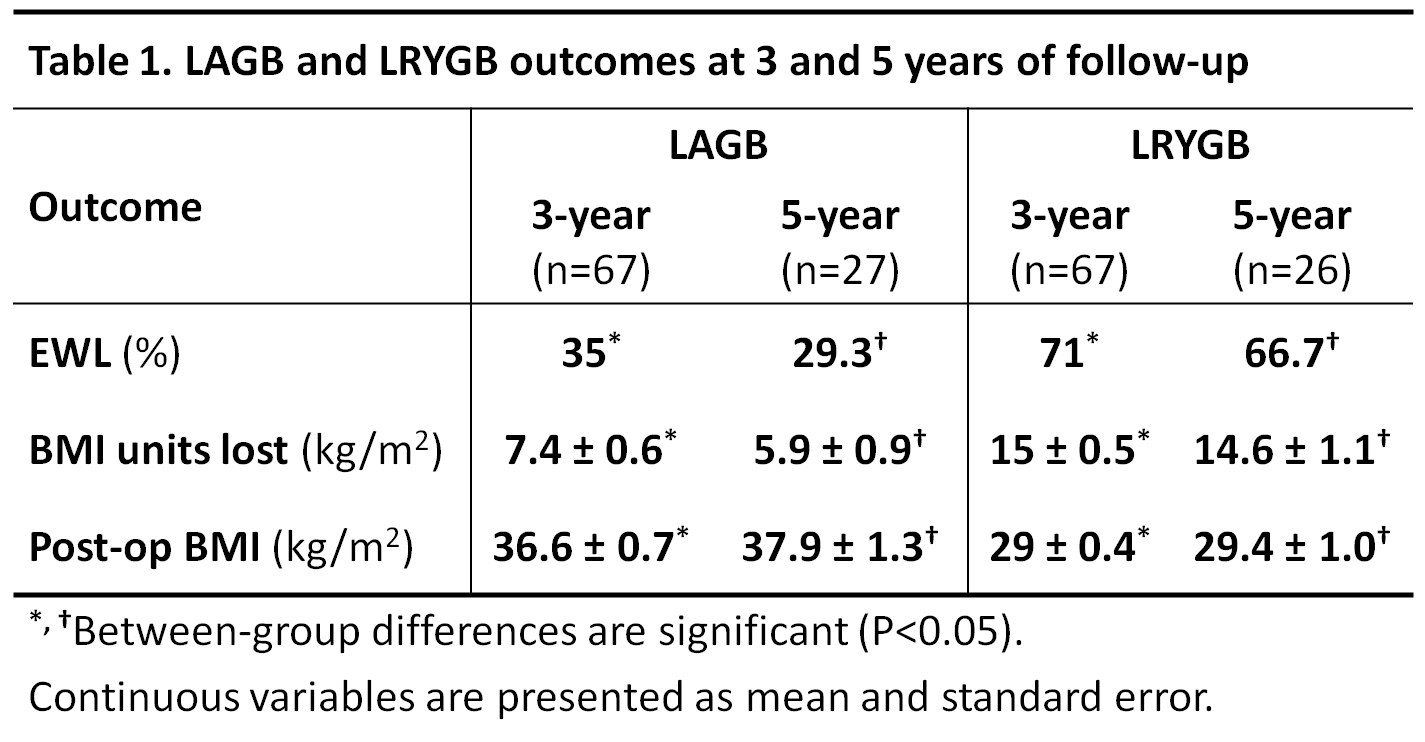 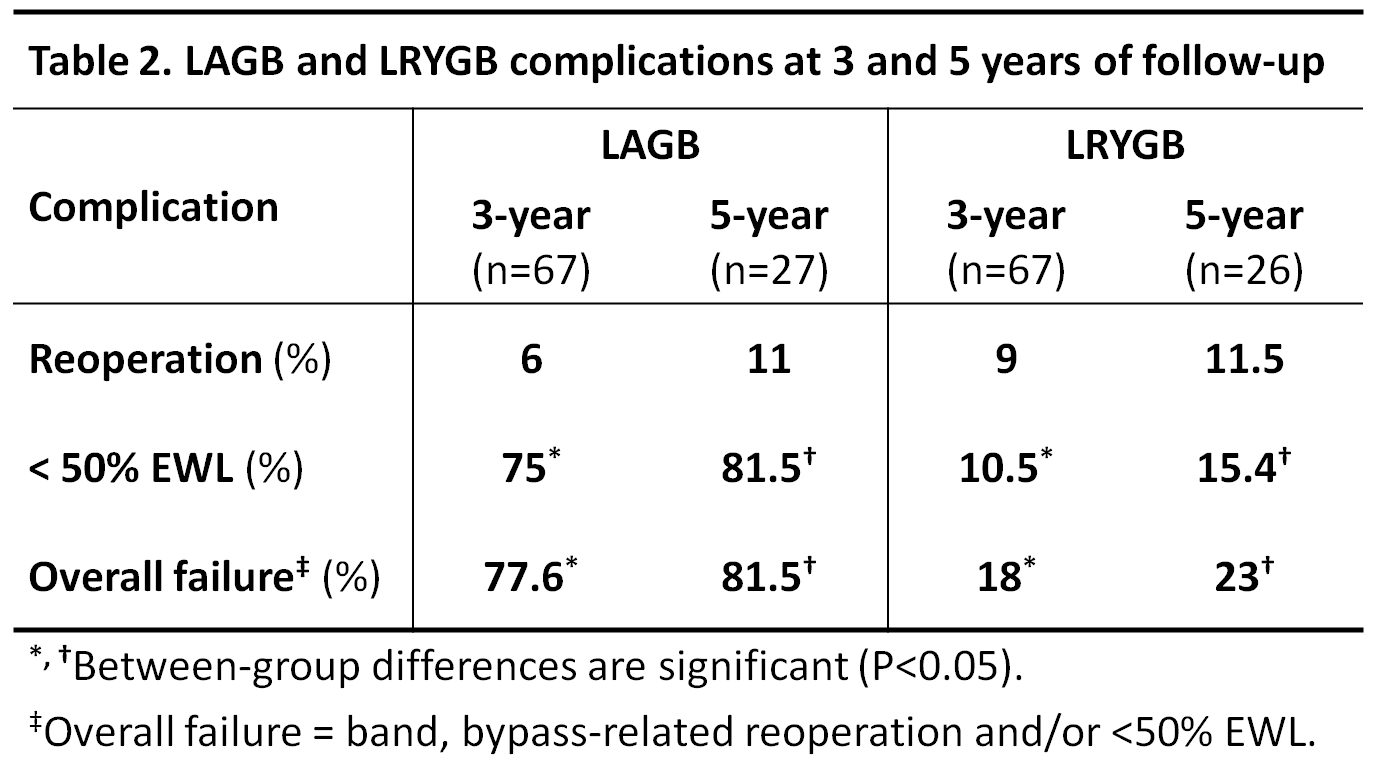 Conclusions: Based on this single-center study of long-term outcomes, LAGB has similar rates of procedure-related reoperation and significantly higher rates of weight loss failure compared to LRYGB. Additionally, overall failure rates, defined as procedure-related reoperation and/or weight loss failure, are greater after LAGB than LRYGB. While LAGB may be considered for well-informed and motivated patients, these data suggest that long-term effectiveness of LAGB might be limited.