Is Surgery a Better Option As First Line Treatment for Achalasia?: A Comparison of Laparoscopic Esophagomyotomy with Fundoplication and Endoscopic Dilation

INTRODUCTION: Recent studies have shown laparoscopic esophagomyotomy with fundoplication (LM) to have superior long-term symptom relief and low rates of post-operative gastroesophageal reflux when compared to endoscopic dilation (ED). This study evaluates the morbidity, mortality and cost of treating achalasia with LM versus ED.
METHODS: The University HealthSystem Consortium (UHC) is an alliance of more than 100 academic medical centers and nearly 200 affiliate hospitals. UHC’s Clinical Data Base / Resource Manager (CDB/RM) allows member hospitals to compare patient-level risk-adjusted outcomes for performance improvement purposes. The CDB/RM was queried using ICD-9 diagnosis and procedural codes for patients with achalasia who underwent LM (N=1,390) or ED (N=492) during a 37 month period between January 2006 and January 2009. Overall comorbidity, mortality, readmission rates, hospital cost and specific complications are assessed in this multicenter, retrospective study.
RESULTS: Overall esophageal perforation rates for LM and ED were 0.4% and 2.4% (p<0.001). The ED group had a higher percentage of patients with a major/extreme severity of illness score (ED 50% vs. LM 5%). When the two groups were matched with severity of illness scores of minor/moderate LM had a lower 30 day readmission rate than ED (0.38% vs 7.32%) and length of stay (2.23 vs 4.88 days, p <0.0001). In the minor/moderate groups cost of LM was reported as $9,539 versus $8990 for ED (p=0.2531), early mortality for both LM and ED is zero, and overall morbidity for LM vs ED is 9.42% and 5.15% (p=0.0364).
CONCLUSION: Laparoscopic esophagomyotomy with fundoplication has a lower length of stay and readmission rate. Costs for both are similar. Esophageal perforation rate is higher in endoscopic esophageal dilation. In general higher risk patients undergo endoscopic esophageal dilation. Laparoscopic esophagomyotomy with fundoplication is a safe and cost effective treatment of achalasia, and should be considered as a first line treatment. 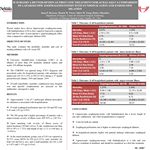