Influence of Age on Long-term Subjective and Objective Outcomes of Laparoscopic Nissen Fundoplication. Initial Experience From a Single Rural Institution

Background : Laparoscopic nissen fundoplication (LNF) is the gold standard for surgical treatment of gastroesophageal reflux disease (GERD) with majority of patients are younger adults. In recent era of aging population, many community surgeons are hesitant to perform this procedure in the elderly due to presumed higher morbidity and poorer surgical outcomes. Therefore this study is aimed to investigate long term subjective and objective outcomes of LNF based on age.

Methods : Retrospective review was performed in all patients undergoing LNF between 2001 and 2007 for reflux disorder. Patients were divided into 4 age groups (age65(D)) and compared for improvement in objective and subjective findings, medication use, complications, length of hospital stay and reoperation rate. Objective findings were measured by esophagogastroduodenoscopy (EGD) and upper gastrointestional contrast study (UGI) performed both pre and postoperatively. 24 h pH study and esophageal manometry performed prior to surgery were also recorded. 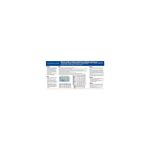