Conclusions: Obese diabetic patients had significantly increased levels of inflammatory receptors and inflammatory signalling cascades compared to obese non-diabetics and non-obese subjects. The cell surface targets like TREM-1 and TLRs can be a potential targets for developing therapeutic strategies to prevent insulin resistance. 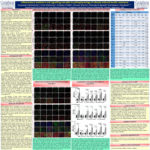