Introduction: Incidental gallbladder carcinoma (IGBC) is a carcinoma first detected by the pathologist. The indication for the cholecystectomy was a benign disease. It is often supposed that the laparoscopic technique could deteriorate the prognosis of gallbladder cancer, often based on anterior data of only small groups and very often case reports. According to new data of the literature an the registry these can no longer be maintained. In the literature there is a big variety of different 5 year survival curves for the different T- stages, and often different staging methods are used (Nevin/JSBS/ 5th edition AJCC) so it seems to be very difficult for the surgeons to compare the different results. In 2010 the 6th edition of the AJCC- classification is going to be replaced by 7th edition, the question is if this is going to simplify the situation.
Material and method: To obtain data we are using the German- Registry of IGBC, which is an institution of the German Society of Surgery. We have calculated the data for the T- stages and AJCC- stages 6th edition.
Results: 606 cases of incidental gallbladder cancer have been recorded so far. There are 335 patients treated by the laparoscopic procedure, 158 by the open one, 111 with an intraoperative conversion from the laparoscopic to the open technique. After analyzing the T- stages the Kaplan- Meier graphs show a significant advantage for the laparoscopic procedure compared with the open surgery for the entire patients (n=606) (p< 0,05). After analyzing the diff. T- stages separated acc. to the operation method , the laparoscopy seems not to worsen the prognosis. In 323 cases it was possible to make a complete staging, regarding the N and M- status. After analyzing the AJCC- stages for 323 there also seems to be no disadvantage for the laparoscopic treated patients.
Discussion: The access technique open or laparoscopic does not seem to influence the prognosis of incidental gallbladder carcinoma. The problem in the literature is, that often many authors only classify the tumors according to the T- stages without regarding the “n” and “m” status, so a variety of different 5 year survival curves exists. A possible explanation could be that nodal status is not known, or that the 6th edition UICC/ AJCC- system is very complex and difficult. In comparison the maybe 7th edition of AJCC- cancer staging system of Fong really seems to be a very good kind of classification the question is if it is going to simplify the problematic. 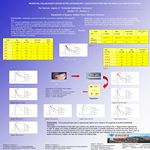