Importance of the Node of Calot in Gall Bladder Neck Dissection: A Novel Standardized Approach to the Laparoscopic Cholecystectomy

Introduction
Bile duct injury (BDI) during laparoscopic cholecystectomy is one of the most feared complications in General Surgery. Iatrogenic BDI can result in the need for major reconstructive surgery, poor quality of life and increased mortality for the patient. For the operating surgeon, it is associated with significant medico-legal repercussions as well as negative professional and psychological consequences. BDI also results in dramatically increased financial cost. Once the injury occurs, the negative consequences are predetermined, therefore, the mainstay of management of BDI is prevention.

In this study, we introduce a novel landmark, the node of Calot, that, when used appropriately, greatly reduces the occurrence of BDI in laparoscopic cholecystectomy. Furthermore, we present our standardized approach to the laparoscopic cholecystectomy which greatly aids in visualization of the critical anatomy of the operation and which systematically approaches the dissection in a safe manner allowing us to accomplish our low BDI rate.

Methods
We retrospectively reviewed our experience utilizing our standardized approach to port placement, operative steps and the use of the lymph node of Calot as a landmark to avoid BDI. Our standard technique involves insufflation of the abdomen with a Veress needle allowing optimal placement of the optical port at a variable point between the umbilicus and the Xyphoid process (determined by the patients body habitus). The gall bladder (GB) is retracted in the usual fashion. Calot’s node is identified and is used as a landmark to avoid injury to the bile duct. Reliably, the node rests superior to the cystic duct (CD), lateral to the common hepatic duct (CHD), and anterior to the cystic artery (CA). After identifying Calot’s node, we begin the dissection always caudad and lateral to the node. In that area one stays safely away from the CHD, common bile duct (CBD) and right hepatic artery (RHA), which are, by definition, on the other side of the node. The tubular structure that remains must be either the CD or the infundibulum which is fully revealed after developing the critical view of safety. The CA is also exposed at this point far from its origin at the RHA. Clipping and transection of the CA and CD as well as dissection of the GB off of the liver proceed in the usual fashion.

Results
In the period of January 2009 to September 25, 2013  we have undertaken 873 laparoscopic cholecystectomies utilizing the standard steps described above with emphasis on recognition of the Node of Calot as a landmark to avoid BDI. To date we have had no bile duct injury and no cystic duct leak. 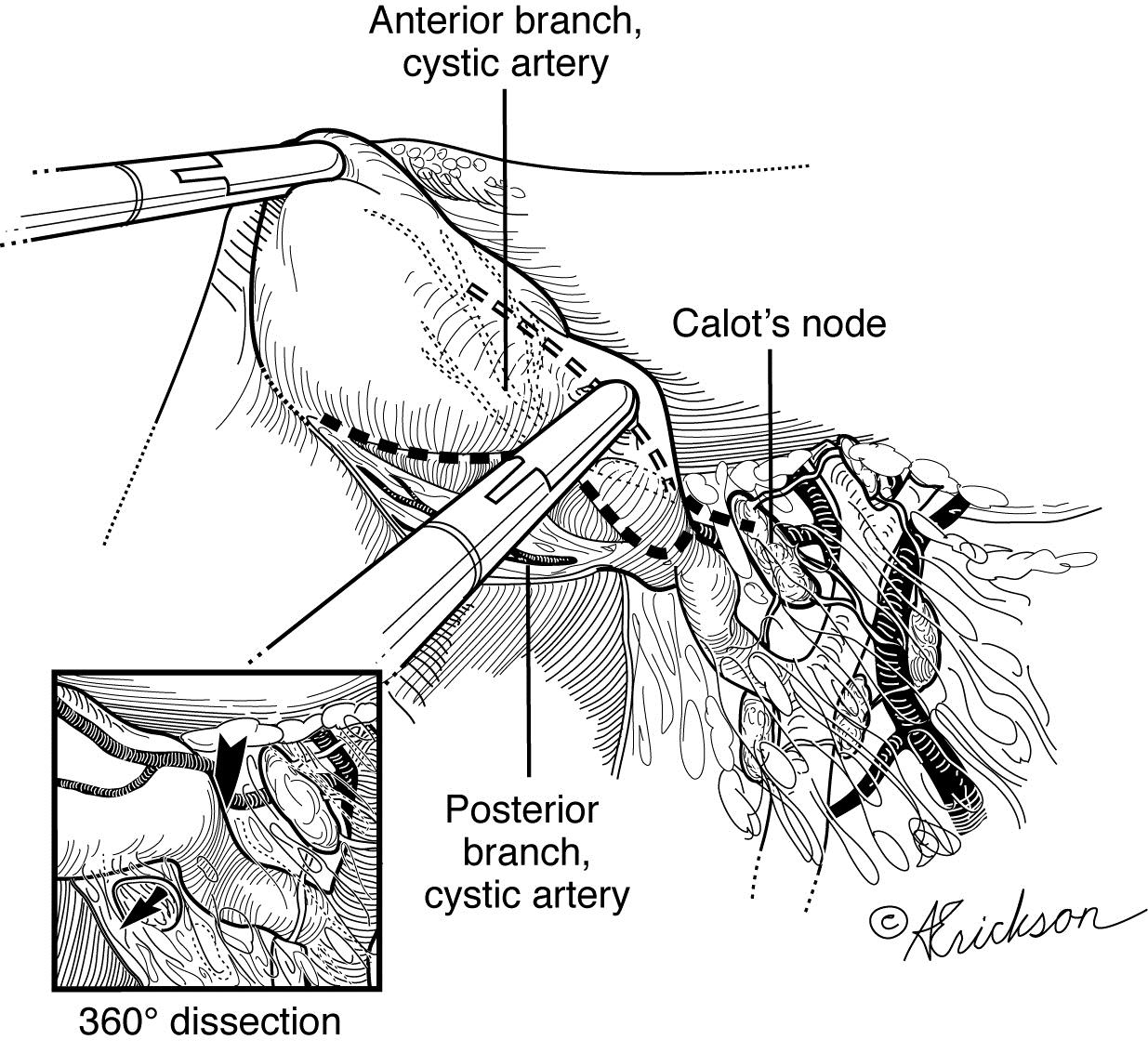 The main cause of BDI is due to misidentification of the hepatobiliary structures. Numerous operative and imaging techniques have been described to avoid BDI with varying degrees of acceptance and success. We propose the important addition of recognizing Calot’s node as the critical anatomical landmark to guide GB dissection and to enhance the safety and effectiveness of laparoscopic cholecystectomy from straight-forward to difficult cases. 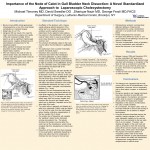