Impact of Health Insurance on Complicated Choledocholithiasis and Same-Admission Interventions

Background: Disparities in management and outcomes of biliary disease have been linked to sources of payment for healthcare services. The objective of this study was to evaluate the impact of insurance status on the cumulative incidence of inpatient admission for complicated choledocholithiasis (CMPCDL) and the proportion of patients who underwent a related intervention during that admission.
Methods: Patients with a discharge diagnosis of choledocholithiaisis (CDL) were identified from the 2006 Nationwide Inpatient Sample (NIS). Underinsured patients were compared to those adequately insured for the primary outcome measure of developing CMPCDL. Underinsured patients were defined as those patients with Medicaid or no insurance. CMPCDL included patients who developed cholangitis or acute pancreatitis during their admission for CDL. Patient demographics and comorbidities were compared using univariate and adjusted analyses. Secondary outcome measures of inpatient length of stay and performance of an intervention (endoscopic, surgical, or percutaneous) were evaluated.
Results: In 2006, we identified 114,531 discharges with a diagnosis of CDL. Mean age for the insured group was 63.6 ± 0.3 years (mean ± SE), with 62% female. For the underinsured, mean age was 38.6 ± 0.4, with 79% female. Several comorbid conditions were more prevalent in the insured group, including congestive heart failure, diabetes, hypertension, and renal failure. Alcohol abuse and obesity were more prevalent in the underinsured group. The overall incidence of CDL was 287 per 100,000 NIS discharges. Thirty-nine percent of CDL discharges were for CMPCDL (acute pancreatitis 73%, cholangitis 27%). In the age group 25-35 years, underinsured patients were 1.2 times more likely to have CMPCDL (95% CI 1.1-1.3). On multivariate analysis, risk factors for CMPCDL included age > 35 years (OR range 1.2-1.6, 95% CI range 1.0-1.9), male gender (OR 1.2, 95% CI 1.1-1.2), alcohol abuse (OR 1.4, 95% CI 1.2-1.7), hypertension (OR 1.1, 95% CI 1.0-1.2), and non-elective admission (OR 2.1, 95% CI 1.9-2.4). Patients of African American, Hispanic, and Asian race were more likely than Caucasians to have CMPCDL. Patients with CMPCDL were 1.5 times more likely to die (95% CI 1.2-1.8). Insured patients were more likely to receive an intervention for CDL during the same admission (OR 1.1, 95% CI 1.0-1.1). Patients who received an intervention were less likely to die than patients who did not receive an intervention (OR 0.43, 95% CI 0.34-0.53). Underinsured patients ages 25-65 years had significantly longer hospital stays, ranging from an additional 0.5-1.7 days (p<0.05).
Conclusions: Health insurance status, emergent admission need, and race had a significant impact on the development of CMPCDL. Underinsured patients were consistently at higher risk of developing CMPCDL with increased length of stay while insured patients were more likely to receive an intervention for CDL. An increased odds of death was observed for those patients who developed CMPCDL and for patients who did not undergo intervention for CDL. 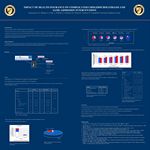