Histopathological examination of specimen following cholecystectomy: are we accepting resect and discard?

Introduction: Cholecystectomy is one of the most commonly performed general surgery procedures in the United States. It is most frequently performed for benign biliary disease such as biliary colic or cholecystitis, however resected specimens are frequently sent for histopathological analysis due to the perceived risk of incidental gallbladder carcinoma (iGBC). We sought to determine the incidence of iGBC in our population, a community-academic hybrid medical center, and whether surgeons need to send specimens for further analysis if no preoperative or intraoperative suspicion for malignancy is present.

Methods: We performed a large single-center retrospective analysis of all gallbladder specimens sent for analysis to the department of Pathology between 2009-2014. Exclusion criteria included preoperative suspicion for malignancy or polyp, and non-biliary indications for gallbladder resection (such as trauma). The pathological results were tabulated, including both common and rare findings.

Conclusions: The incidence of significant pathological findings resulting in necessary change in clinical management is extremely low in our subject population. The historical dogma mandating histopathological evaluation of all gallbladder specimens may need to be reexamined, particularly in populations at low-risk for gallbladder carcinoma. 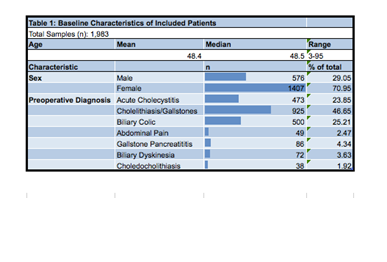 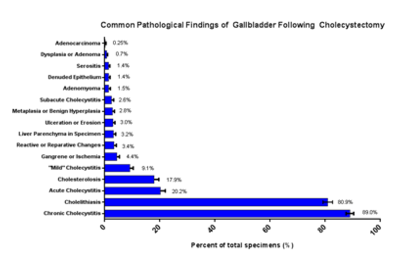